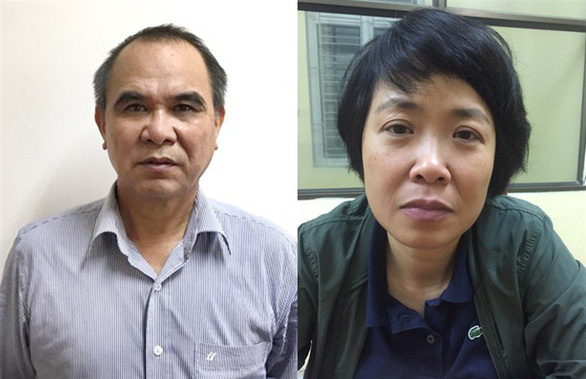 HANOI - Police in Vietnam have arrested two more officials of a state-run mobile carrier, the latest sweep in the nation’s graft crackdown that has already engulfed hundreds of government officials.

Pham Thi Phuong Anh, deputy director of MobiFone Corp., and former general director Cao Duy Hai were accused of “violating regulations on the management and use of state capital,” the Ministry of Public Security said on Wednesday.

Police have accused the company of causing losses to the state budget by overpaying for a stake of 95 percent in a loss-making pay-TV provider, the ministry said in a statement.

In July, police arrested a former chairman of MobiFone and a senior official of the Ministry of Information and Communications accused of involvement in the case.

Vietnam’s information minister was suspended that month and replaced in October over alleged ties to wrongdoing at the company.

Police have this year completed investigations into 212 other graft cases that involved misappropriation of more than $200 million and 300,000 square meters (3.23 million sq ft) of land, Khai added.

“Preventing, and fighting against, corruption will continue to be a key task in 2019,” the statement said.