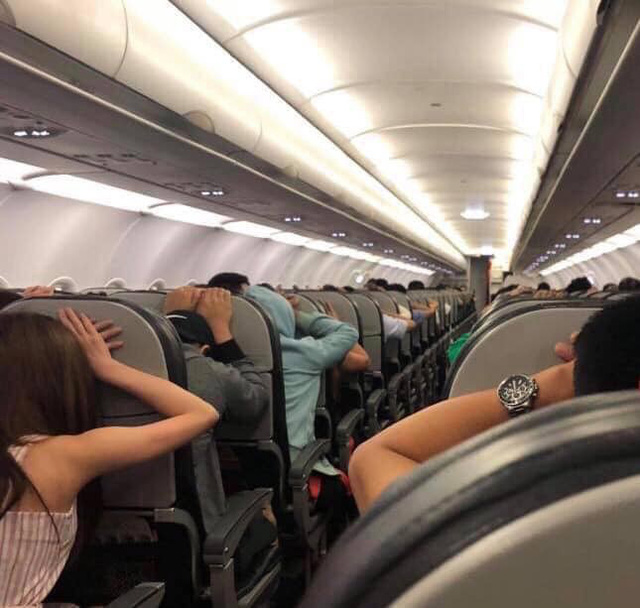 Panic erupted on a passenger flight of Vietnamese airline Vietjet on Monday when an alarm sounded minutes after take-off from an airport in Ho Chi Minh City, forcing it to return to the airport for a check.

Ten minutes after take-off, alarms on the plane were triggered, giving warnings of a technical problem, a representative of the budget carrier said the same day.

The flight captain made a swift decision to bring the plane back to Tan Son Nhat for a check and asked passengers to get into a brace position to prepare for rough landing.

The announcement plunged hundreds of passengers on the packed flight into panic, as a video captured by one of the passengers showed people praying for their lives during the turbulent event.

According to the Vietjet representative, a thorough check was performed afterward and found no technical issue with the plane, which is an Airbus A320.

The narrow-body jet was registered under flag carrier Vietnam Airlines and has been loaned to Vietjet since May 2013, according to documents acquired by Tuoi Tre (Youth) newspaper.

Engineers have concluded it was a false alarm that was triggered mid-flight, and the plane has resumed its regular service, Vietjet said in a statement.

Meanwhile, passengers on the VJ198 flight were put on another plane to continue their journey to Hanoi with a short delay.

Last month, a Vietjet plane en route from Hanoi to Busan, South Korea was also forced to make an emergency landing in Hong Kong after a false alarm went off.