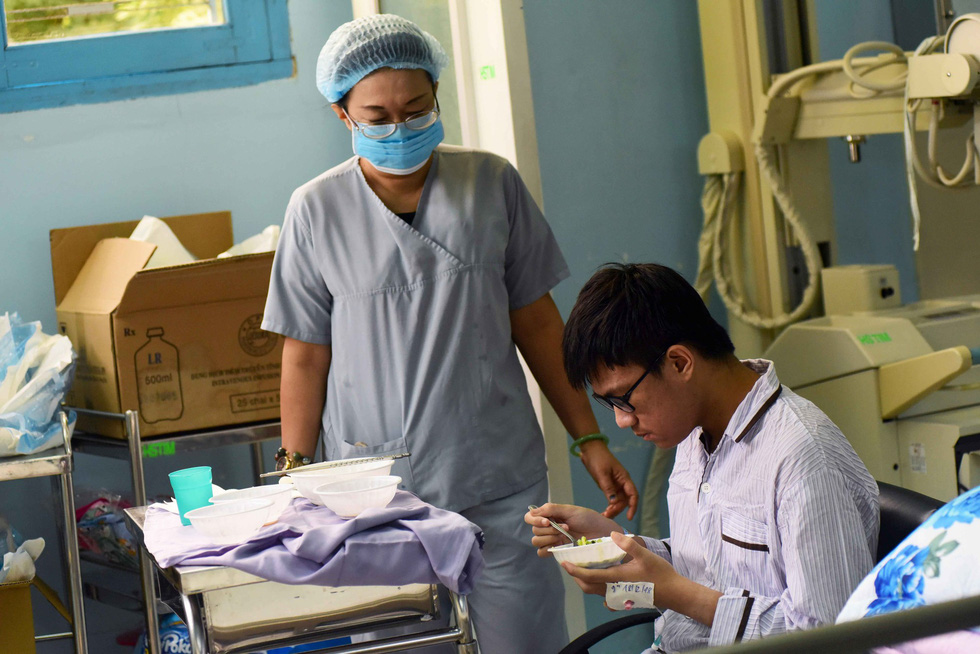 A 43-year-old man from northern Vietnam has turned his death into the ultimate gift of life by donating his organs to save five others and helping Vietnamese doctors perform the country’s first renal transplant for a minor patient using a kidney from a brain-dead donor.

Duong Hong Quy, 43, a father of two, was diagnosed with a rare brain condition known as cerebrovascular malformation in November.

Cerebrovascular malformation is a deadly disease which affects the blood vessels and blood flow in the brain.

Upon learning that his condition was getting worse and that he did not have long to live, Quy made up his mind to become an organ donor, a decision his family wholeheartedly supported.

“At first his wife didn’t agree to it, but she changed her mind during his last days because she couldn’t live with the fact that her husband’s dying wish was not fulfilled,” an official at the National Coordination Center for Organ Transplantation said.

Doctors at Viet Duc Hospital in Hanoi declared Quy brain dead on December 9 and an urgent protocol was immediately activated to quickly reach prospective candidates in need of the man’s organs, including his heart, lungs, kidneys, and liver.

One of Quy’s kidneys was quickly sent by airplane from Hanoi to Ho Chi Minh City on December 12 and delivered to Children’s Hospital 2 in District 1.

A 15-year-old male patient suffering end-stage chronic renal failure was already waiting in the hospital’s operation room with leading doctors preparing for the historic surgery – the first renal transplant using a kidney from a brain-dead donor to be performed on an underage patient in Vietnam.

The operation began at 9:00 pm on December 12 and was successfully completed six hours later.

Doctors expect him to be well enough to go back to school in six months.

On the same day of the historic operation, four other patients also underwent surgeries at Viet Duc Hospital to receive the remaining five of Quy’s donated organs.

All operations were successful, including a lung transplant for a 17-year-old recipient that marked the first time a medical procedure of its kind had been performed by an entire team of Vietnamese doctors.

“I will forever remember the way [Quy’s wife] held his hand before their last goodbye,” an official at the National Coordination Center for Organ Transplantation said.

“She loved him and hoped a miracle would come to her husband, but it didn’t.

“Instead, the couple brought miracles to five other families.