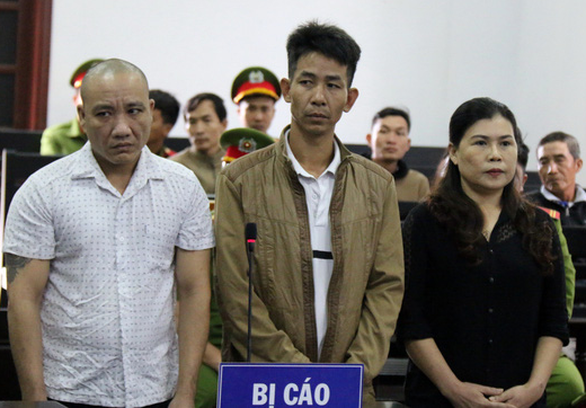 A court in Vietnam has handed five people jail terms of seven to eight years each for food safety violations after they were discovered in April to have been mixing a battery-dyed compound of gravels and coffee bean skins into black peppers to sell for more profit.

They had in October been sought jail terms of seven to ten years by prosecutors in the Central Highlands province of Dak Nong.

Dung and Tho are both directors of companies involved in producing and selling black peppers.

The business partners in 2015 came up with the idea of mixing ground gravels and coffee bean skins into black peppers to increase the weight of their shipments, thereby reaping higher profits.

Loan and Bao were paid to provide them with the dirty mixture, while Nguong was the transporter.

The couple broke open old batteries for the black powder found in their cores, which is manganese dioxide, and use it to mix with water to create their own ‘dye’, an idea they got from Nguong’s suggestion.

An indictment shows that Loan and Bao had produced 33,100 kilograms of the battery-dyed mixture in the two months before their facility was busted by police officers in April 2018.

Lab tests conducted by the forensic department under Vietnam’s Ministry of Public Security shows that dirty ingredients made up 18.34 percent of black pepper samples confiscated at Dung’s warehouses.

Among the chemicals found are manganese dioxide, zinc chloride, and ammonium chloride, which are not allowed in food production according to Vietnam’s regulations.

Judges ruled that the defendants were fully aware that the mixture of battery power was toxic and could lead to adverse health effects if consumed by humans.

Despite this knowledge, they persisted with the crime, judges found.

Bao was sentenced to eight years behind bars while Loan received a jail term of seven and a half years.

The remaining three defendants were each handed a prison term of seven years.