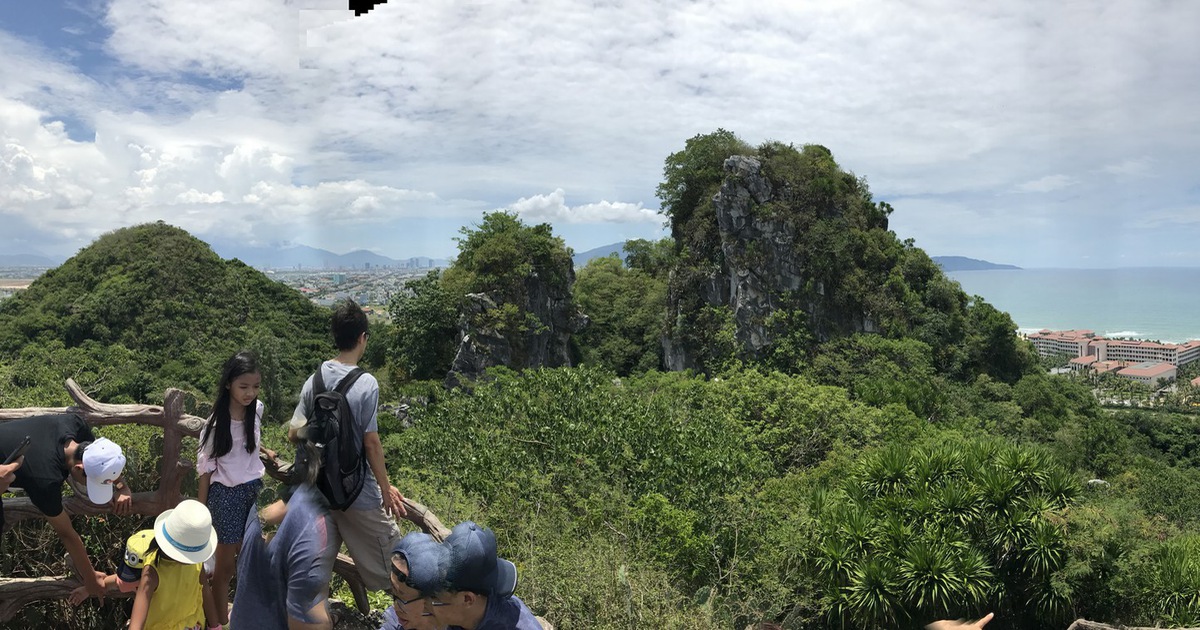 The Ngu Hanh Son (Marble Mountains), a cluster of five marble and limestone mountains located south of Da Nang, has been upgraded to a special national relic in a ceremony hosted by the tourism ministry on Sunday.

The site, which features five mountains by a pristine beach in Da Nang’s Ngu Hanh Son District, was first recognized as a national historical and cultural site in 1990.

Speaking at the event, Da Nang chairman Huynh Duc Tho said the city had outlined a master plan on preserving and promoting sustainable values of the site in tandem with local socio-economic development. The upgrade of Ngu Hanh Son into a special national heritage site will assist in the city’s management and protection of tangible as well as intangible cultural heritage that are closely connected with the attraction, Tho added.

The city will devise a plan to train human resources and develop new tourism products to lure more visitors to the site after the recognition, he said.

Trinh Thi Thuy, Deputy Minister of Culture, Sports and Tourism, stressed that Da Nang should join hands with its neighboring cities and provinces to create more added values for its tourism sector.

The Marble Mountains have been one of the most visited sites in Da Nang, welcoming more than 1.5 million tourists in 2018, and the city’s only second special national relic after the Dien Hai Citadel was recognized last year. The landscape, which covers 2.2 square kilometers, was given the name Ngu Hanh Son, literally translated as ‘five mountains,’ by Emperor Minh Mang of the Nguyen Dynasty in 1837 after the Vietnamese monarch observed the mountains’ unique colors and positions.

A 400-year-old stone sculpture village at the foot of the Marble Mountains was also recognized as a national intangible heritage in 2014.

A total of 106 relics in Vietnam have received the special national relic status, according to the cultural heritage department under the Ministry of Culture, Sports and Tourism.