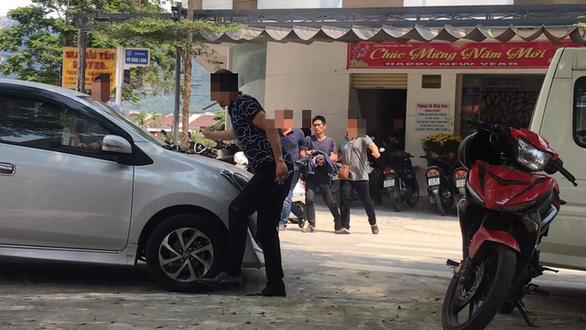 Police in the central city of Da Nang on Monday took into custody a man suspected of killing his young daughter and throwing the body into a river earlier this month.

The arrest came one day after the victim’s maternal grandmother reported the alleged crime to police.

Case reports said the man, Bui Van Hoi, had a romantic affair with a South Korean woman after divorcing his wife.

The 34-year-old man started letting his eight-year-old daughter live with the foreign woman at a hotel in Da Nang in January, sparking jealousy from his ex-wife.

This, complete with the repeated conflicts between the father and daughter, eventually made the South Korean woman leave Da Nang for her home country, ending her relationship with Hoi, law enforcement said, citing preliminary investigation results.

On February 1, Hoi allegedly murdered his daughter at a hotel on Vu Dinh Long Street in Son Tra District and put the body in a bag, before dumping it into the Han River, police said.

It is not immediately clear why the grandmother only reported the case to police more than three weeks later.

As of Monday afternoon, search was still underway for the child’s body.