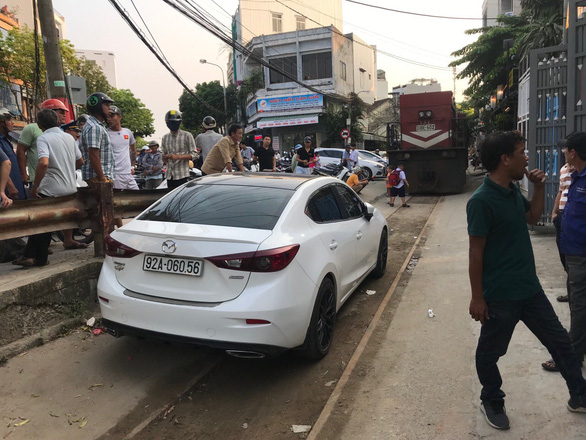 Driver fined for parking car on railway in Da Nang

A locomotive was forced to wait nearly an hour for a parked car to be removed from the track near the train station in Da Nang on Wednesday.

The car, registered in the neighboring province of Quang Nam, was found parked on the two-kilometer railway line used by locomotives to reverse directions before pulling up at the platform in the city’s Thanh Khe District.

The car owner was booked for a penalty although the parking posed no danger, the head of the Da Nang train terminal Nguyen Nhan told Tuoi Tre (Youth) newspaper.

The railway, built by France during the colonial era, is used several times each month, Nhan said, adding that railroad employees work hard to remove objects blocking the track before locomotives meander through at five kilometers per hour.

If an object cannot be cleared, the locomotive just backtracks because the engine is often utilized the day after it is reversed, he said.

As the line is not part of the national railway system, locals living along it are advised against blocking the track, and most follow the regulations.

Occasionally, however, strangers to the area assume the track is not in use and park their vehicles right over it.