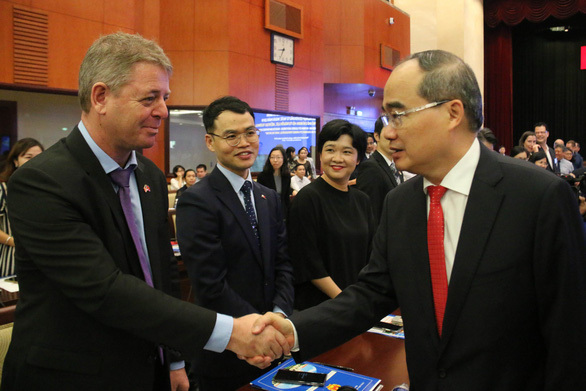 -- The Department of Tourism in the south-central Vietnamese province of Khanh Hoa has announced a list of 22 hotels in Nha Trang that do not meet standards set out by the law, ahead of the Nha Trang-Khanh Hoa Beach Festival, which will take place from May 11 to 14.

-- A fire broke out at an automobile repair workshop in the north-central province of Ha Tinh on Saturday morning and burned down at least two other houses despite efforts from firefighting police and local residents.

-- A 28-year-old man in the northern city of Hai Phong attempted to set himself and his house on fire after his father refused to pay his VND100 million (US$4,300) debt.

-- Vietnam’s Ministry of Public Security and Filipino police have confiscated 276 kilograms of drugs in the Philippines as a result of an expanded investigation into a drug ring involving Chinese, Laotian, and Vietnamese individuals. Vietnamese officers previously nabbed eight suspects and impounded 300 kilograms of crystal meth.

-- Police in the north-central province of Nghe An are investigating a case where a one-week-old boy was killed after his own father allegedly threw him into a well due to conflicts with his wife.

-- A police official in Binh Thoi District in the Mekong Delta province of Ca Mau has been stripped of his People’s Police title after being found using drugs along with 93 other people inside a club in late February.

-- A trailer truck fatally crushed three people in a family, including a two-year-old child, after it tipped over while making a turn in the Mekong Delta province of Dong Thap on Saturday afternoon.

-- Police in Hanoi have initiated legal proceedings against 31-year-old Nguyen Trong Trinh for raping a nine-year-old girl. Trinh was previously arrested and released on bail by district police before being apprehended once again by the municipal Department of Police.

-- The World Meteorological Organization on Saturday recognized Phu Lien meteorological station, located in Hai Phong City, as the world’s centennial observatory station after it met a number of criteria, namely having provided continuous data for more than 100 years and operated in line with the WMO’s standards.

-- Ho Chi Minh City’s metro line No. 1, which connects District 1 and District 9, is expected to be put into operation in early 2021, Nguyen Thien Nhan, secretary of the municipal Party Committee, said during a meeting between the city’s leaders and foreign investors on Saturday.