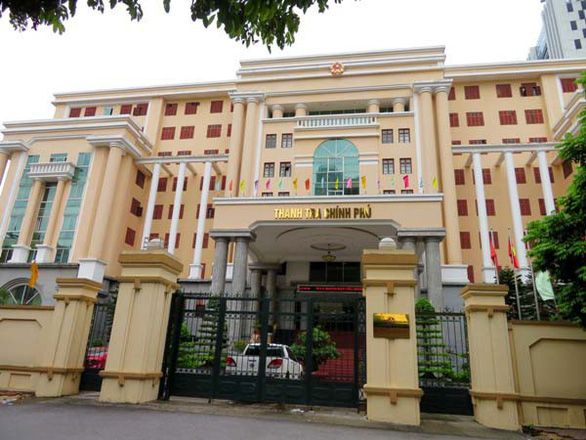 Many officials of the Government Inspectorate of Vietnam have been discovered being selected for state-funded overseas study trips not too long before their retirement, a probe by Tuoi Tre (Youth) newspaper revealed.

Between August 2018 and March 2019, the state inspectorate organized multiple business trips aimed at exchanging knowledge and experience on anti-corruption measures to such countries as Denmark, Russia, South Korean, and Japan, according to data reviewed by Tuoi Tre.

It has been discovered that officials who were about to retire were among the delegates eligible for these trips.

Costs including return tickets, transportation, accommodation, meals, phone bills, insurance, and interpretation for these travels were covered by the state budget, in compliance with promulgations of the Ministry of Finance.

For instance, on September 13, 2018, deputy chief inspectorate Nguyen Van Thanh signed a decision to send nine officials to Russia for an eight-day trip within the same month.

Among them was Nguyen Thanh Hai, editor-in-chief of Thanh Tra (Inspection), a newspaper run by the government inspectorate, who retired on December 1 the same year.

Similarly, Le Khanh Thanh, deputy head of the inspectorate’s office, was sent on a study trip to Japan along with seven other people, on August 6, less than two months before his retirement.

On February 27, 2019, a 15-member team went  to Hong Kong for a study trip, including Dang Quang Trong, an official from the government inspectorate’s appraisal department.

Trong will retire on June 1, and the decision was signed in March.

While there are no regulations stating that officials are not allowed to join an overseas study trip ahead of their retirement, many people have wondered what results they can create after the journeys given that their retirement is just a few months away.

According to Le Hong Linh, the state inspectorate’s spokesperson, the agency is examining the situation and will publicize their conclusions once available.

Le Minh Khai, head of the Government Inspectorate of Vietnam, told Tuoi Tre that he welcomes all constructive feedback regarding the operations of the agency and will exert efforts to make necessary changes and improvements.