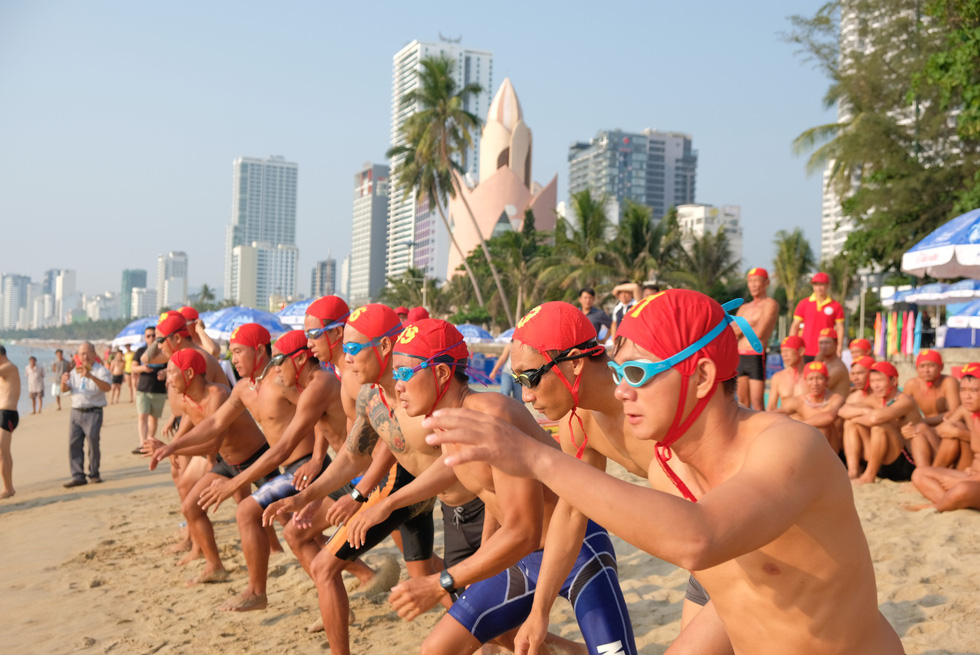 The best lifeguards from popular beaches in central and south-central Vietnam converged on Nha Trang on Sunday to compete for the title of “excellent lifeguard."

Participants are experienced lifeguards from the most crowded beaches of the three cities who boast great strength and stamina, the organizers said in a statement.

Le Thai Nguyen, from team Furama Resort of Da Nang, said he had been a lifeguard for more than ten years.

“The most challenging task was distributing your stamina evenly to avoid exhaustion in the middle of a race,” he said.

“Beach rescue is a dangerous job so we have trained ourselves to be disciplined in every move,” Nguyen said.

“While stamina is important, first aid is a much more vital skill when it comes to saving drowning people,” he added.