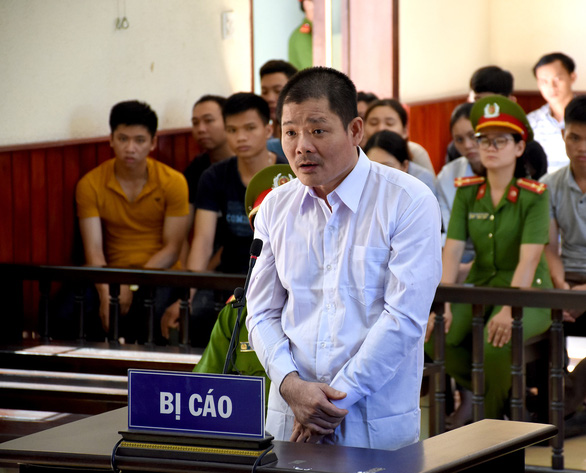 A Vietnamese court on Monday sentenced a man to six years behind bars for possessing military firearms and plotting a terrorist attack against “the people’s government.”

Le Quoc Binh, 45, has held a grudge against the government since his land was acquired by the state for the construction of a new road in the south-central province of Binh Dinh, according to the indictment.

Binh was discontented with the amount of compensation he received for the land acquisition, prosecutors said.

“The time has come, and there’s no other way but with force and weapons,” Binh was quoted in the indictment as writing in one of his posts.

In June 2018, Binh travelled to Cambodia, where he bought a semiautomatic pistol for US$2,000 from a local dealer.

In August the same year, he returned to the country to buy some ammo and a pistol cover for $1,800.

This time, he was caught transporting the ammunition to his home in Binh Dinh by traffic police officers in neighboring Phu Yen Province.

Police officers conducted a search of his residence on August 30, 2018 and found a range of other weapons including a Colt AR-15 rifle, ten airguns, ten laser sights, and hundreds of bullets and gun accessories.

At Monday’s court, Binh admitted to buying the weapons and ammunition to plot attacks against police officers and Party and state leaders.

“I intended to use the guns to help the people,” Binh told the court.

“It was just a thought that never got acted out to hurt anyone,” he added.

He was sentenced to six years in prison, including five years for “illegal possession of military-grade firearms” and one year for preparing to launch “terrorism to oppose the people’s government.”

His family backgrounds and the fact that he was a first-time offender were considered by judges as mitigating factors.