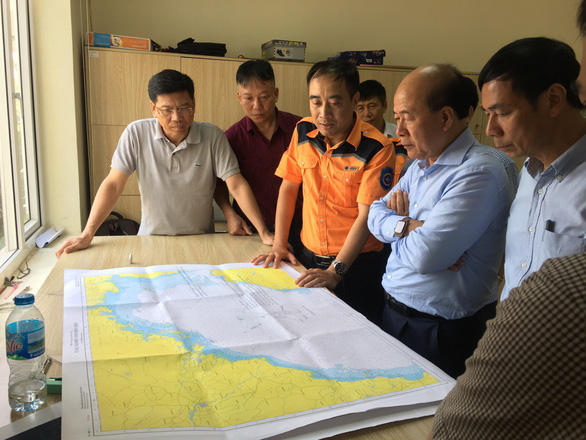 One fisherman was killed while nine others are still missing after a fishing boat hit a cargo ship off the northern Vietnamese city of Hai Phong on Friday afternoon.

The accident happened at around 1:00 pm in the maritime area about 34 nautical miles south of Bach Long Vy Island off Hai Phong City, the Vietnam Maritime Search and Rescue Coordination Center (MRCC) confirmed on Saturday.

The cargo ship Pacific 01 of Ho Chi Minh City-based International Transportation and Trading JSC (ITC) was traveling in the area when it collided with the fishing boat No. NA 95899 TS, which hailed from the north-central province of Nghe An.

The fishing boat, which was carrying 19 crew members, capsized following the crash.

People on board the Pacific 01 immediately released their lifebuoys and were able to rescue nine out of 19 victims.

According to the fishermen, most of them were taking an afternoon nap in the cabin at the time of the accident.

Upon being notified, the Hai Phong border guard office and search and rescue units, along with nearby fishing boats, have joined the effort to look for the missing victims.

The MRCC has mobilized rescue vessels SAR 411 and SAR 273 to the location, while Chinese authorities have also sent out a ship and airplane for assistance.

As of Saturday morning, one body was found, while the other nine victims were still unaccounted for.