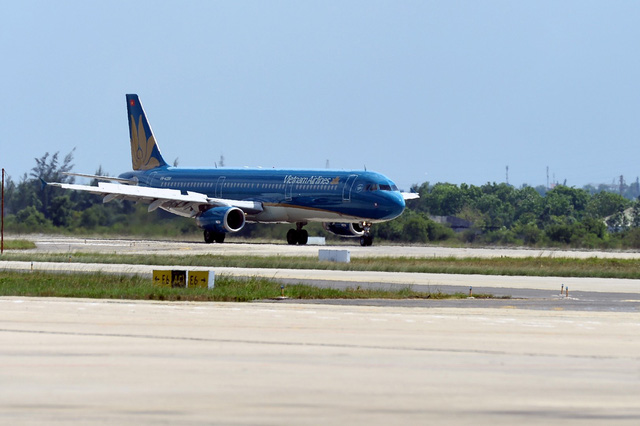 A Vietnam Airlines flight on its way from Ho Chi Minh City to the north-central city of Vinh was forced to make an emergency landing in Da Nang on Friday morning after a passenger suffered from bleeding caused by a ruptured breast implant wound.

Flight VN-1262 departed from Ho Chi Minh City at 6:40 am had been airborne for around 40 minutes when a female passenger in seat 18B signaled for help with bleeding from her left breast, according to a statement released by Vietnam Airlines the same day.

After inspecting the passenger’s condition, the chief flight attendant made an announcement over the cabin intercom system asking for support from passengers with medical expertise.

A practitioner of traditional herb medicine stepped forward to help but was not able stop the bleeding due to the large cabin differential pressure experienced at the plane’s cruising altitude of 10,000 meters, Vietnam Airlines said.

The flight captain decided to turn the plane around and make an emergency landing at the Da Nang International Airport to seek medical assistance.

The passenger was rushed to the Hoan My Hospital in Da Nang, located one kilometer from the airport, after landing, where doctors said she had suffered from a postoperative rupture of her breast implant incision wound.

“The patient had recently undergone a breast implant surgery, and the incision wound is still relatively new,” a representative of Hoan My Hospital told Tuoi Tre (Youth) newspaper.

“[The rupture] could have been caused by her moving around too much on the plane or an external impact,” the representative said.

The passenger is in stable condition after a simple operation to stop the bleeding and could be discharged in a few days, doctors said.

The Vietnam Airlines plane was re-fueled in Da Nang and departed for Vinh at 9:00 am the same day.

A Ho Chi Minh City-Vinh flight normally takes around one hour and 35 minutes.