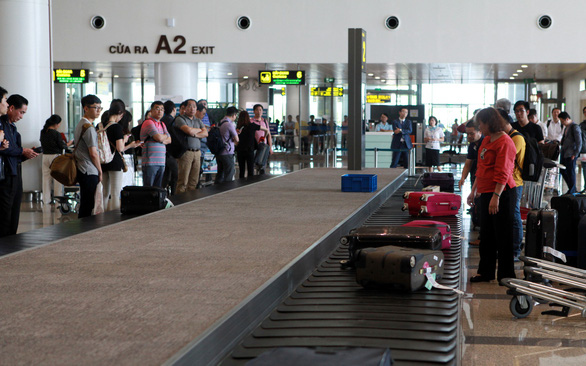 Two women, a Vietnamese and a South Korean national, have been fined for engaging in a physical confrontation following their row at the baggage reclaim area of a major airport in Hanoi last weekend.

The Northern Airports Authority has imposed a VND4 million (US$172) fine each on Pham Thi Ph. H., a 34-year-old resident from the northern province of Hai Duong, and Won Gim, a 32-year-old South Korean citizen, for their violent act.

The incident happened at carousel No. 6 at the baggage reclaim area of Noi Bai International Airport at around 8:40 pm on Sunday.

Both H. and Won were passengers of the Vietnam Airlines flight VN 415 from Seoul to Hanoi.

They first had a heated argument, which eventually escalated into a physical confrontation.

The South Korean woman ended up suffering a scratch on her head, while H. sustained minor injuries on her neck and face.

The two women did not ask for a medical check-up following the fight.

According to the Northern Airports Authority, the confrontation constituted an administrative violation in the field of civil aviation, punishable by a fine between VND3 million ($129) and VND5 million ($215), according to Government Decree No. 162.

As there were no aggravating and mitigating circumstances, the airports authority decided to fine each of the women VND4 million.