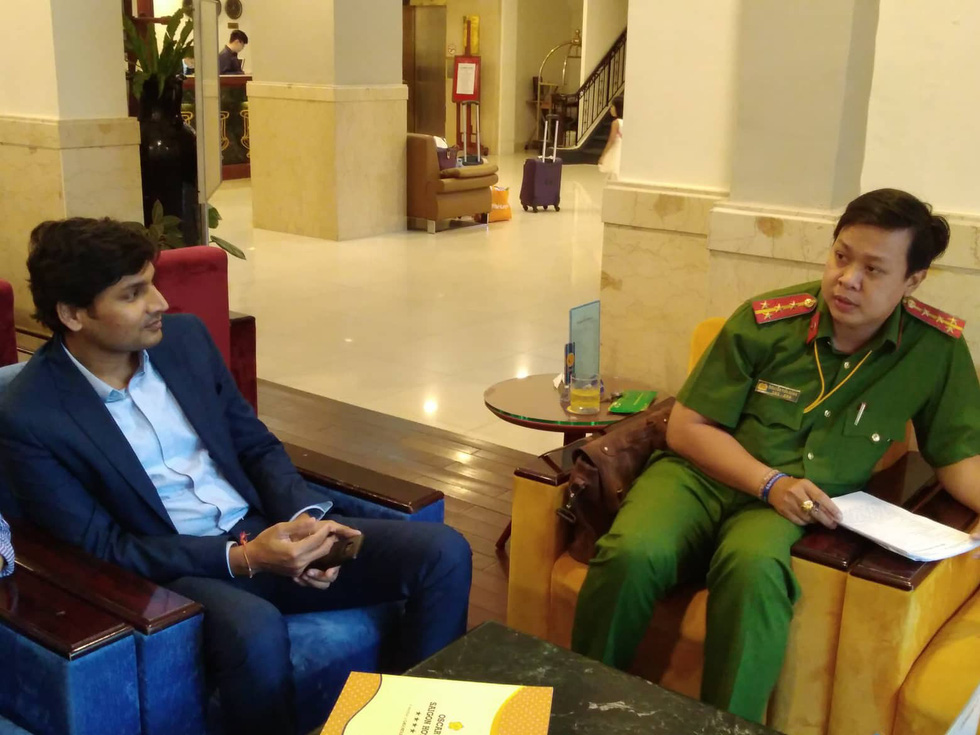 An Indian tourist who landed in Ho Chi Minh City on Sunday was overcharged by a cab driver who pretended to be an employee of a popular local taxi company.

Upon arriving at Tan Son Nhat International Airport, the foreign visitor took a cab from the airdrome to a hotel on Nguyen Hue Street in District 1, about eight kilometers apart.

The driver dropped him off about 100 meters away from his destination in an impolite manner before charging him VND1.2 million (US$51.6), according to the tourist’s account.

The Indian tourist said he caught the cab via a taxi dispatcher, adding that the driver presented him with a receipt with a logo of Mai Linh Corporation, a popular taxi firm in Ho Chi Minh City.

On the receipt, there was no information about the name and code of the driver and the date of the journey, except for the fare and the driver’s signature.

After the incident was reported, a woman who claimed to be a representative of Mai Linh arrived at the tourist’s hotel on Monday and refunded the fare to the passenger.

Mai Linh Corporation has verified the case by reviewing CCTV footage at Tan Son Nhat and was able to identify the driver as Nguyen Quoc Dat, who drove a cab with license plate No. 51 H-001.71.

The firm affirmed on Monday afternoon that Dat was not one of their employees, and the receipt was fake.

The taxi operator said it did not send any representative to meet the passenger.

There have been many cases in which a cabbie pretended to be an employee of Mai Linh, the firm stated, adding that these bogus drivers often operate at Tan Son Nhat and target foreigners.

Meanwhile, Dat, the driver, has attended a working session with police officers and claimed that he had only charged the Indian tourist VND150,000 ($6.45).

Mai Linh was scheduled to convene a meeting with Dat and the company he works for on Tuesday.