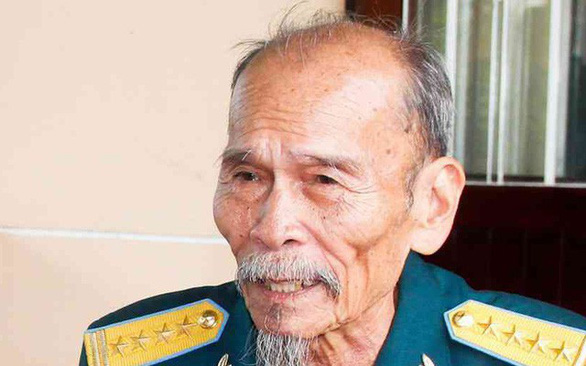 Vietnamese war hero Nguyen Van Bay, who is credited with shooting down seven U.S. aircraft between 1966 and 1967 during the American war in Vietnam, died on Sunday at 83.

Bay was tending the garden of his home in the Mekong Delta province of Dong Thap on September 16 when he suffered a brain hemorrhage and entered a deep coma.

The war veteran was rushed to the 175 Military Hospital in Ho Chi Minh City, where doctors treated him for nearly a week.

Nguyen Van Bay, a.k.a. Bay A, joined the People’s Army of Vietnam at 17 and climbed to the rank of Senior Colonel over his 37-year service.

He is one of only 19 Vietnamese pilots to have ever qualified as “flying aces”, also known as “fighter aces” or “air aces,” a universal status given to military aviators who have shot down five or more enemy aircraft during aerial combat.

Bay was credited with bringing down seven U.S. planes between 1966 and 1967, during the American war in Vietnam.

Bay retired in 1990 and spent his final years at his home in Lai Vung District, Dong Thap.

He has been conferred with both the “Hero of the People’s Armed Force” - Vietnam’s highest military honor, and the “Order of Ho Chi Minh” - the country’s highest civilian honor, for his life’s works.