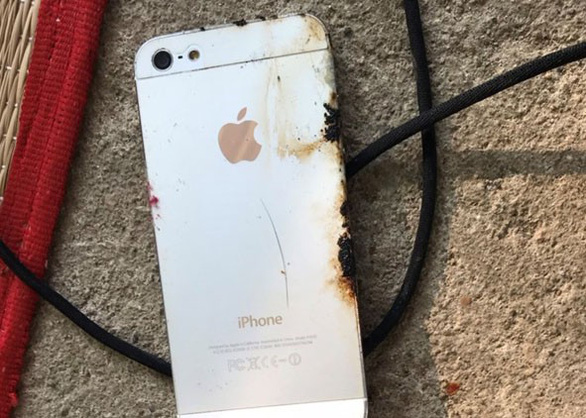 Man dies after phone explodes while charging in Vietnam

A young man in Vietnam’s Central Highlands was killed when his smartphone exploded while being charged with an uncertified cable and adapter.

The victim, 18-year-old Pham The Tai from the southern province of Ba Ria-Vung Tau, was charging his iPhone and using it at the same time when the device suddenly blew up, killing the young man.

An investigation showed that neither the power adapter nor the USB cable was manufactured by Apple.

Police officers in Dam Rong District are working to determine where and how the victim bought his phone and whether or not the device’s battery had been replaced.