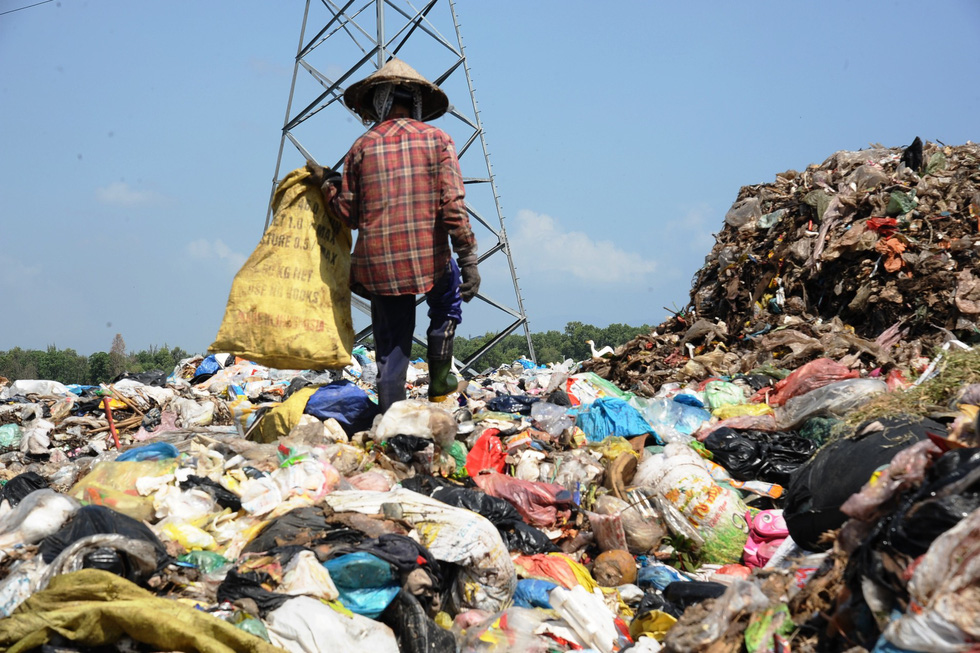 A garbage dump in the heritage-rich city of Hoi An in central Vietnam has for months been overloaded with a colossal amount of trash as another major landfill which used to share its load has had its access cut off by residents in protest against an unbearable stench.

Over 270,000 metric tons of garbage has built up at the Cam Ha garbage dump in Hoi An City, in the central province of Quang Ngai.

The trash pile is growing by 100 metric tons every day, according to the Hoi An administration.

Previously, a garbage company in Quang Nam would collect any excess trash from the Cam Ha dump and transport it to the Tam Xuan 2 landfill and garbage treatment complex, the province’s largest, in Nui Thanh District.

However, since July residents in Nui Thanh have erected barricades on the roads leading to the Tam Xuan 2 landfill as their complaints about an unbearable stench coming from the landfill were not addressed.

As garbage trucks have been unable to access the Nui Thanh landfill, trash has built up at the Cam Ha dump in Hoi An as well.

The problem is made worse by the months-long inactivity of trash incinerators and fertilizer plants in the province, which used to eat up a considerable amount of Hoi An’s trash.

Towering mountains of trash at the Cam Ha dump were already meters taller than the walls that separated the landfill from its surroundings on Friday morning.

Local residents interviewed by Tuoi Tre (Youth) newspaper expressed their discomfort at the “terrible” foul smell emitted by the site.

Hoi An City, 30 kilometers from Da Nang, houses a namesake old town that is recognized by UNESCO as a World Heritage Site, being an exceptionally well-preserved example of a Southeast Asian trading port dating from the 15th to the 19th century.