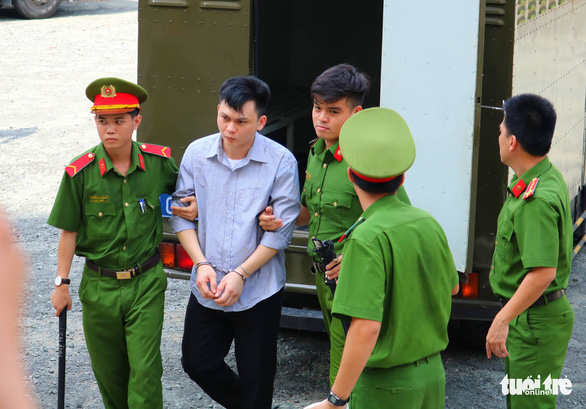 A court in Ho Chi Minh City on Thursday handed down the death sentence to a man convicted of murdering his girlfriend, chopping her body into small parts, and storing them in a refrigerator in June 2018.

On May 31, 2018, N. told Hieu at a get-together with mutual friends that she had been seeing someone else and that she intended to get married to her new boyfriend.

The group of friends stayed at Hieu’s place in Go Vap District, Ho Chi Minh City for a sleepover party that same night.

At 12:30 am the next morning, Hieu strangled N. to death while she and the other friends were sound asleep, the man’s indictment explained.

Worried that the other friends would find out about the murder, Hieu used a knife to cut N.’s body into smaller parts and put them in a refrigerator at his home.

He also took N.’s valuable belongings, including her jewelry, cash, and smartphone.

Three days later, on June 4, 2018, Hieu removed the body parts from the refrigerator, put them into a suitcase and cardboard box, and brought them to a friend’s house in Tay Ninh Province, some 85 kilometers from Ho Chi Minh City.

The friend became suspicious after noticing a strong smell coming from the luggage and reported to the local police.

Hieu was later arrested after police discovered the chopped-up body parts inside the luggage.

At the Ho Chi Minh City court on Thursday, Hieu blamed his actions on hallucinations caused by narcotics use.

“Until now, I still don’t understand why I did such a thing,” he told judges, adding that he was willing to accept the death penalty for his crimes.

The court handed Hieu the death sentence for murder and another eight years behind bars for appropriation of property.

The convict also agreed to pay VND400 million (US$17,200) in compensation to the victim’s family.