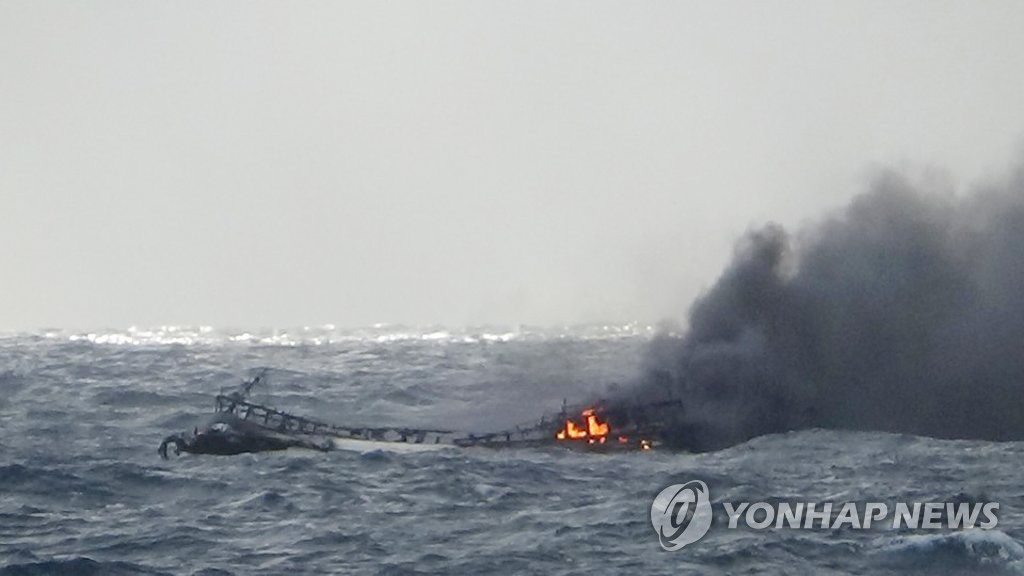 The inferno engulfed the 29-metric-ton ship as it was located about 76 kilometers west of the island at around 7:00 am (local time).

According to the Korea Coast Guard, six Vietnamese and six South Korean crew members were on board the ship at the time of the incident.

The Vietnamese fishermen are legal laborers sent to work in the East Asian country by four Vietnamese companies.

They have been residing in southeastern Busan City and near South Gyeongsang Province.

Rescuers were able to bring one Korean victim ashore, but doctors confirmed he had already passed away.

His body was found about 7.4 kilometers from the ship.

The other fishermen remain missing as of Wednesday morning.

South Korean President Moon Jae In has ordered competent authorities to promptly search for the missing fishermen and inform their family members of the incident.