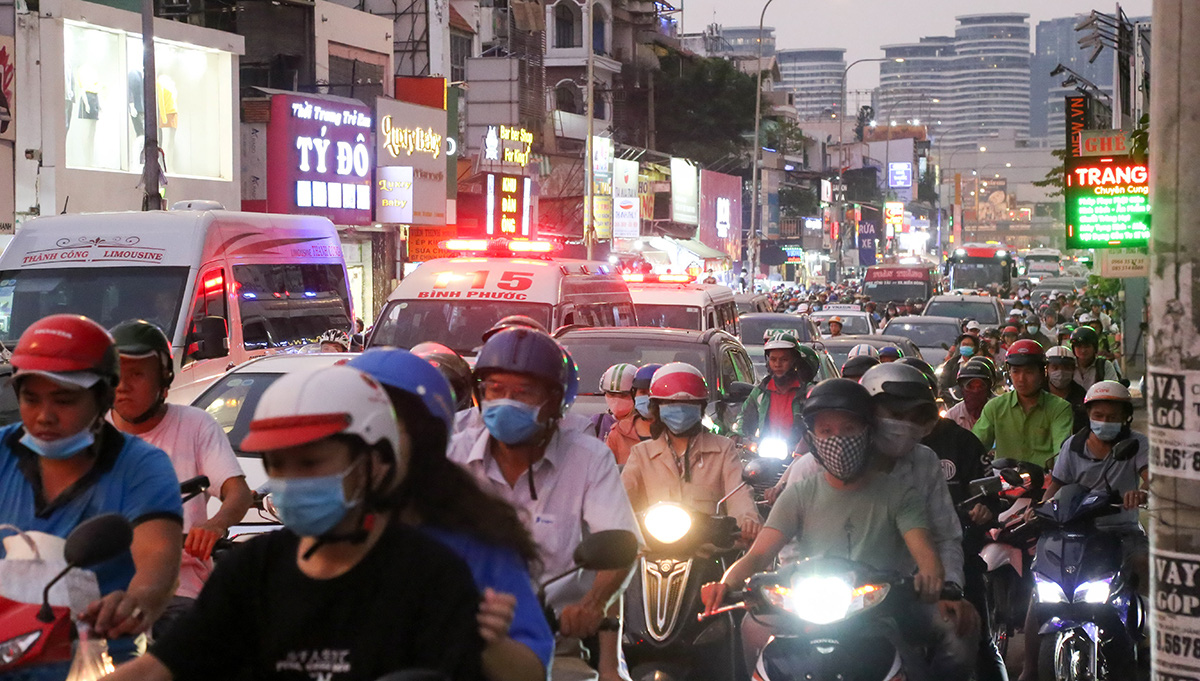 Many streets in downtown Ho Chi Minh City and near the city’s entrances have become increasingly congested due to rising demand for transport and delivery ahead of the 2020 Lunar New Year (Tet) holiday.

This year’s Tet holiday falls on January 25, with preparation and celebration often taking place one week before and after the date.

According to the observation of Tuoi Tre (Youth) newspaper reporters, traffic jams have worsened along Cong Hoa, Truong Chinh, and Cach Mang Thang 8 Streets, which connect the city center with the northern areas.

“I now have to spend 30 minutes traveling on a 1km section. It previously took me only five minutes.”

Gridlock usually starts at 8:00 am, forming endless lines of motorbikes, cars, and buses along this road.

Rush hours in the evening have also been a nightmare for many commuters on such streets as Au Co, Nguyen Thai Binh, and Hoang Hoa Tham in Tan Binh District; Xo Viet Nghe Tinh and Ung Van Khiem in Binh Thanh District; and Phan Dinh Phung and Nguyen Kiem in Phu Nhuan District.

According to some residents of Tan Binh District, such serious traffic jams usually occur a few weeks ahead of the Lunar New Year.

Teams of traffic police have been mobilized to mitigate the congestion in many districts, said Tran Quang Lam, director of the municipal Department of Transport.

The agency is mulling over banning automobiles with 16 seats and over from certain streets as a Band-Aid measure.

Checkpoints have also been established at the city’s major bus stations and airport to deal with traffic violators and control the traffic during rush hours, Lam added.