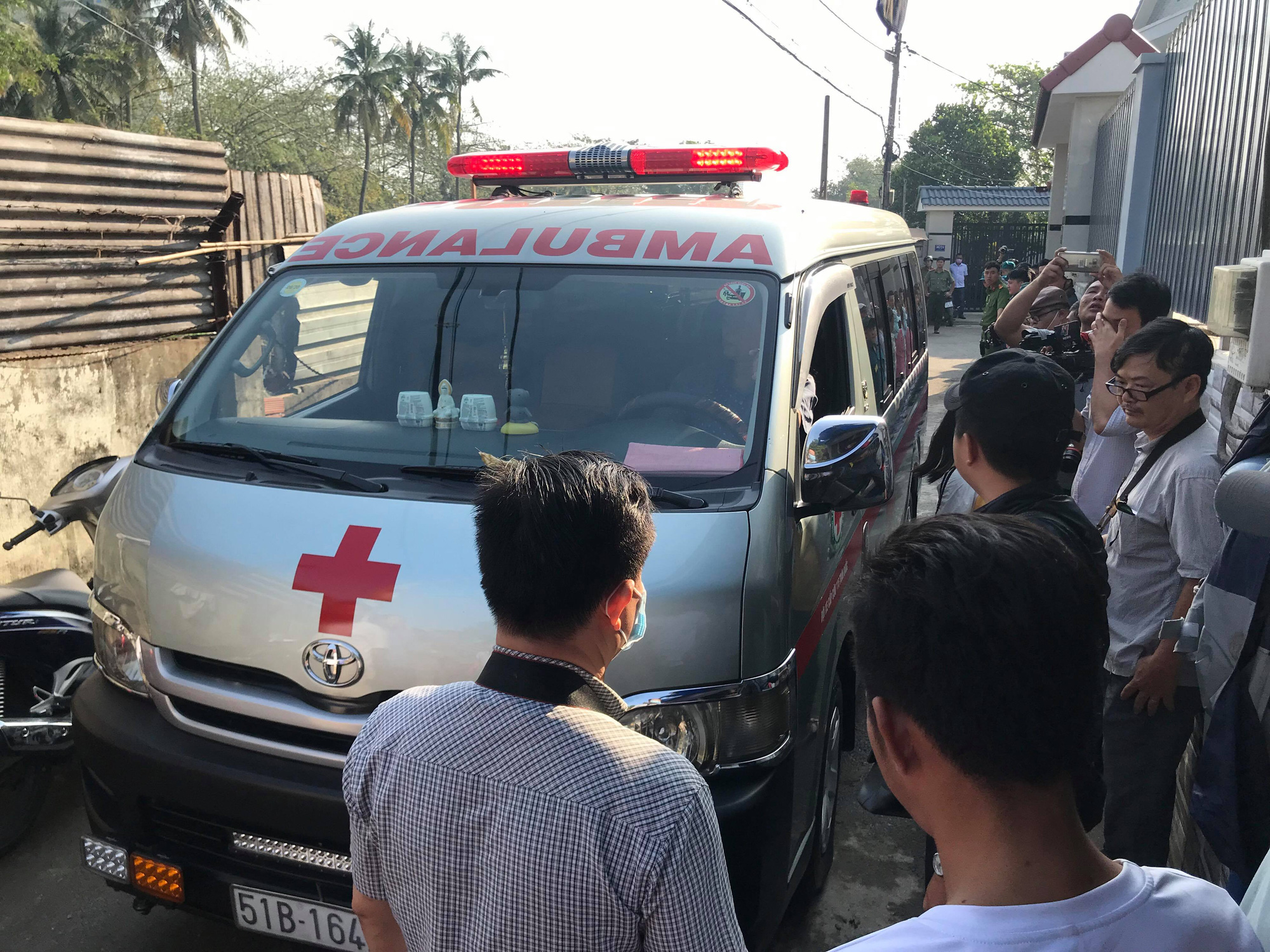 Five people including a 70-year-old woman, her three children, and her daughter-in-law were killed in a fire that broke out at their home in Ho Chi Minh City on early Tuesday morning.

The fire started at a 30-square-meter house in a small alley on Do Xuan Hop Street in District 9 in the wee hours of Tuesday.

Three fire engines and 22 firemen were dispatched to the scene, but work to put out the inferno was challenged by the narrow alley, which denied any large vehicle access to the burning house.

When the fire was finally extinguished, five people in a family living inside were found already dead.

Two of Hue’s grandchildren who live in the same house had previously returned to their hometown in another province for the Lunar New Year holiday and were not inside the building when it was consumed by the flames, a source told Tuoi Tre (Youth) newspaper.

Ho Chi Minh City deputy chairman Vo Van Hoan and the municipal construction department's director Le Hoa Binh were at the site of the fire on Tuesday morning to monitor firefighting efforts and an investigation that followed.

Quyen, a distant relative of the victims, told Tuoi Tre the family is a near-poor household in Phuoc Long B Ward of District 9.

The victims get by doing labor work at construction sites, volunteering at a local pagoda, and babysitting.