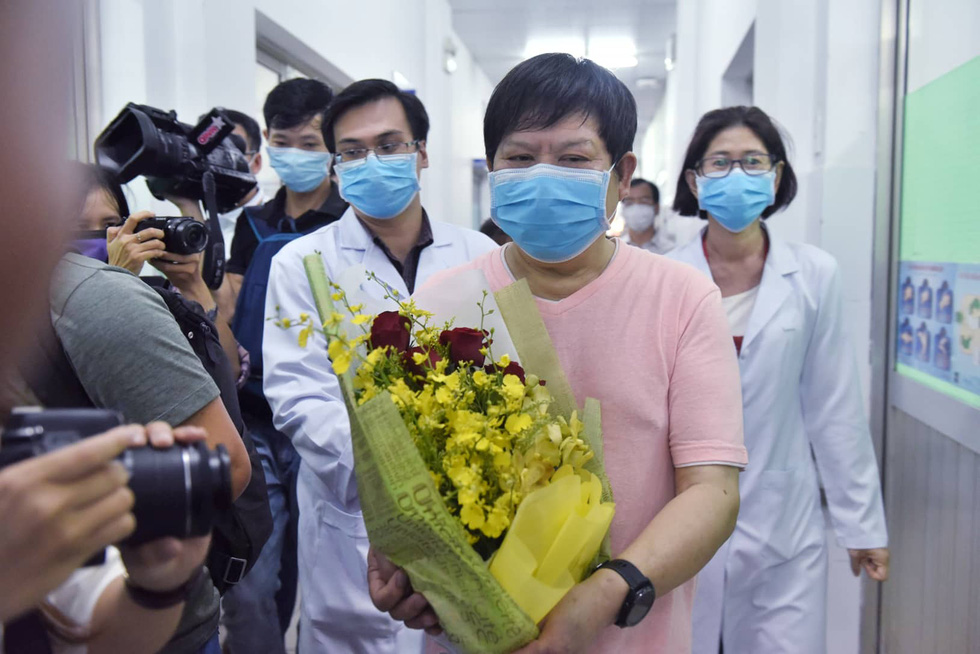 7th COVID-19 patient, a Chinese, walks out of hospital, thanks Vietnam doctors

A Chinese patient was discharged from a Ho Chi Minh City hospital on Wednesday after three weeks of treatment for novel coronavirus (COVID-19) infection, taking the number of cases clear of the virus in Vietnam to seven.

The patient is Li Ding, a 66-year-old Chinese citizen, who was hospitalized with his 28-year-old son Li Zichao on January 22 for COVID-19 treatment.

He was discharged at 5:00 pm after twenty-one days of medical care at the hospital, considered the best one in southern Vietnam.

His full recovery can be seen as a ‘miracle,’ as he has suffered many pre-existing conditions that could have killed him anytime, including diabetes, hypertension, and heart disease.

He also went under the knife for his lung cancer in 2018.

He was in really bad health upon hospitalization, unable to walk on his own.

His son left the same hospital on February 4 after his tests for the virus returned negative.

The two were the first positive cases in Vietnam, according to Cho Ray Hospital.

The father visited his son in Vietnam from Wuhan, Hubei, China, the epicenter of the new coronavirus outbreak.

Li Ding started suffering a fever and fatigue on January 17, four days after flying with his wife from Wuhan to Hanoi.

In Vietnam, he traveled by plane, train, and taxi from Hanoi to Nha Trang City, Ho Chi Minh City, and Long An Province.

His son has lived in Long An, located in southern Vietnam, since October 2019.

Li Zichao has never been to an outbreak area and, prior to meeting his father, had never got into contact with any person from such an area.

But he stayed with his father in the same hotel room in Nha Trang for three days and caught the virus, with symptoms including coughing, fever, vomiting, and diarrhea.

Both father and son came to see doctors at Binh Chanh Hospital in Binh Chanh District, Ho Chi Minh City and were advised to be admitted to Cho Ray Hospital on January 22.

The receptionist at the hotel where they stayed in Nha Trang was infected after having close contact with them. She came out of the hospital free of the COVID-19 on February 4.

Li Ding’s wife is healthy and has never got infected.

Over 44,000 people have been infected by the virus in mainland China, with nearly 4,000 fully recovering and over 1,100 killed.

Vietnam has confirmed 15 cases so far, with seven having been discharged from the hospital.