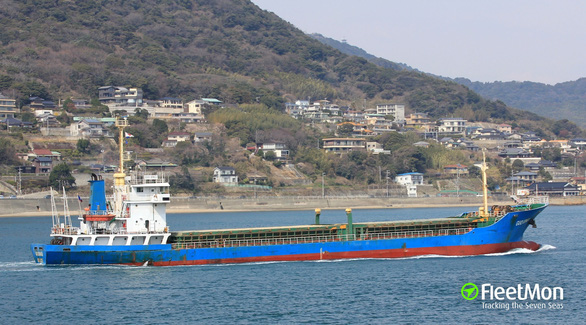 The Embassy of Vietnam in Japan has identified five Vietnamese sailors who went missing following the wreck of a Belizean ship off Japan last weekend.

A total of 14 crew members, including six Vietnamese, seven Chinese, and one Filipino, were on board the vessel at the time of the accident.

Among them, Nguyen Van Hai, a 34-year-old sailor from the northern Vietnamese city of Hai Phong, was rescued by a nearby ship, while the rest remained unaccounted for.

Hai is now in good health conditions and wishes to return home, the embassy stated, adding it has worked with Japanese authorities to ensure his rights.

The Japan Coast Guard has sent patrol ships to the site to search for the missing victims.

The Vietnamese Embassy will continue updating on the incident and actively working with the Japanese authorities to protect the citizens’ rights.