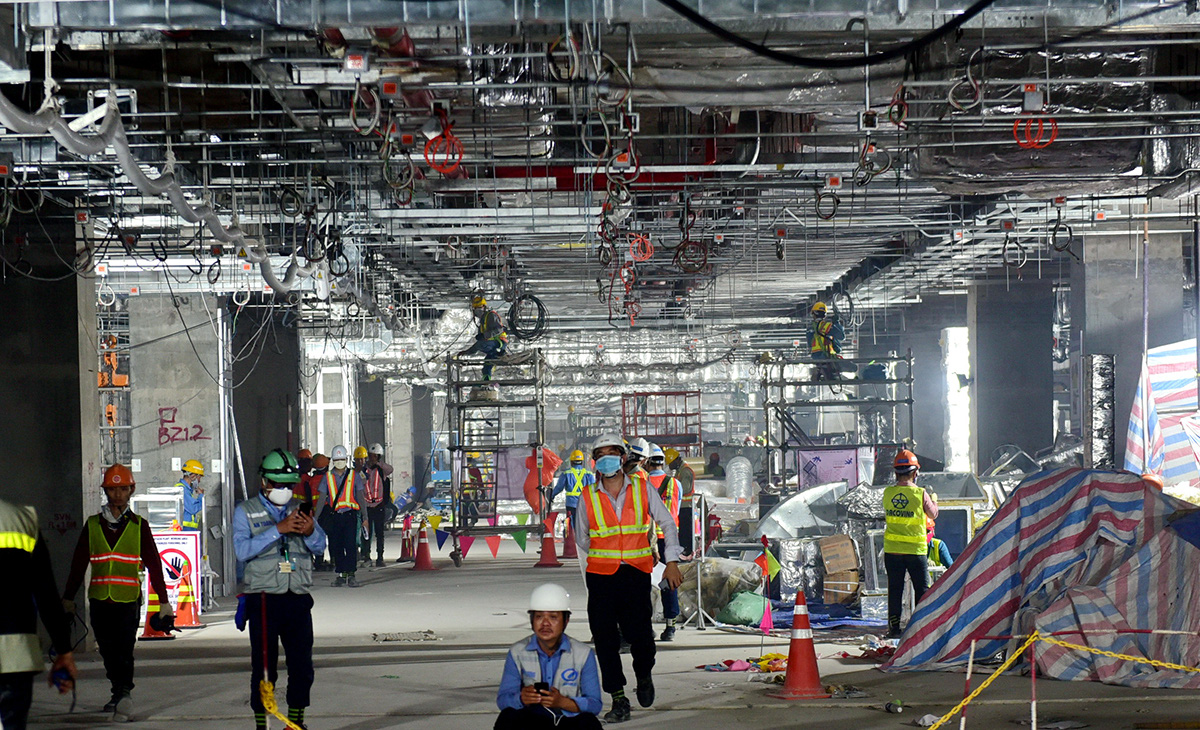 The first test run of Ho Chi Minh City’s metro line No. 1 is expected to be carried out in the third quarter of this year.

The southern metropolis is now expediting the remaining construction to prepare for its completion in late 2021, Nguyen Thanh Phong, chairman of the municipal People’s Committee,  said at a recent meeting with Umeda Kunio, Japanese Ambassador to Vietnam, and the Japan International Cooperation Agency (JICA).

On February 17, two underground packages of the metro route were joined as workers tore down a wall that separated the construction sites, marking an important milestone in the implementation of the project.

According to Huynh Hong Thanh, deputy head of the city’s Management Authority for Urban Railways, two trains for the operation of the metro line will be imported into Vietnam in June.

Necessary steps are being taken to prepare for the test run in the third quarter of 2020, Thanh continued.

The metro route will have a total of 17 trains, each having three cars, all of which are manufactured by Japan’s Hitachi Company.

Funded in part through an official development assistance loan from the JICA, the metro route No. 1 runs 19.7 kilometers through District 1, District 2, District 9, Binh Thanh District, and Thu Duc District, as well as neighboring Binh Duong Province.

Since construction began in 2012, it has faced a multitude of problems including slow capital disbursement, delays, and personnel-related issues.

Authorities in Ho Chi Minh City are also finalizing preparations for the construction of the 11 kilometer metro line No. 2, whose capital investment is VND47.8 trillion (US$2 billion).

The project is expected to begin in 2021 and complete in 2026, a representative from the Management Authority for Urban Railways said.

Experts believed that the completion of these metro lines will help provide better transportation for local residents, alleviate traffic jams, and encourage people to use public transportation.