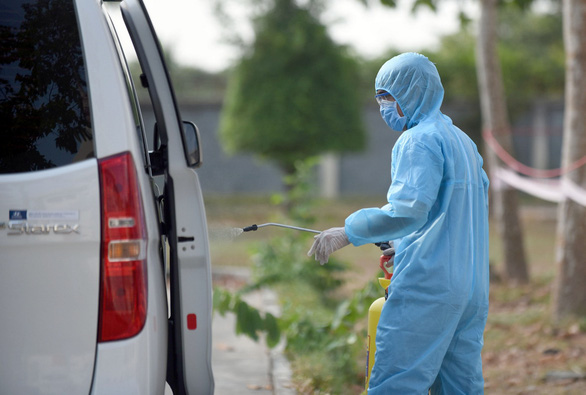 The number of novel coronavirus disease (COVID-19) patients traced to a major general hospital in Hanoi surged to 33 on Monday, as the Vietnamese Ministry of Health confirmed 15 new cases.

The 33 patients include health workers, patients, patients’ visitors, and catering staff linked to Bach Mai Hospital in the capital city, according to statistics by the ministry.

Bach Mai is a special-grade hospital and the largest general hospital in Vietnam.

It treats a daily average of 6,000 outpatients and 4,000 inpatients, while receiving 4,000 visitors of the sick in addition to having thousands of health workers.

Thousands of health workers at the hospital have been subject to mass screening and almost all tested negative for the virus, except for two nurses who were infected before the mass screening.

Vietnam has recorded a total of 203 COVID-19 patients to date, 55 of them having fully recovered. A total of 187 cases have been confirmed since March 6.

Hanoi has discharged 27 out of its 81 cases from the hospital as of Monday.

Ho Chi Minh City is treating 35 patients at the moment.

City authorities have announced 13 people sickened by the virus after visiting Buddha Bar&Grill at No. 7 Thao Dien Street in Thao Dien Ward, District 2.

Hundreds have been tracked after they were found coming to the bar on the same day as a British pilot, who was confirmed as the primary spreader at the bar.

The whole country has to focus on battling COVID-19 as it is now the decisive time to suppress it, PM Phuc underlined.

“We are not allowed to be complacent and negligent,” the prime minister said, noting that many people have still gathered on the streets or gone to the beaches despite warnings against mass gatherings.

He called on everyone not to leave their house, village, commune, district, or province for at least 15 days so as to avoid catching the disease.

Vietnam is upping the ante in its national fight against the novel coronavirus.

The central government has ordered restaurants in major cities like Hanoi, Da Nang, Hai Phong, Ho Chi Minh City, and Can Tho to offer takeaways and deliveries while telling diners in the other provinces to serve no more than 10 customers at a time.

Travel restrictions are in place while those not wearing face masks when outdoors have been fined.

Inbound and domestic flights have been restricted, with foreigners being denied entry altogether.

Officials are trying their best to keep the number of patients under 1,000 for as long as possible, in the hope of completely controlling the epidemic in the end.