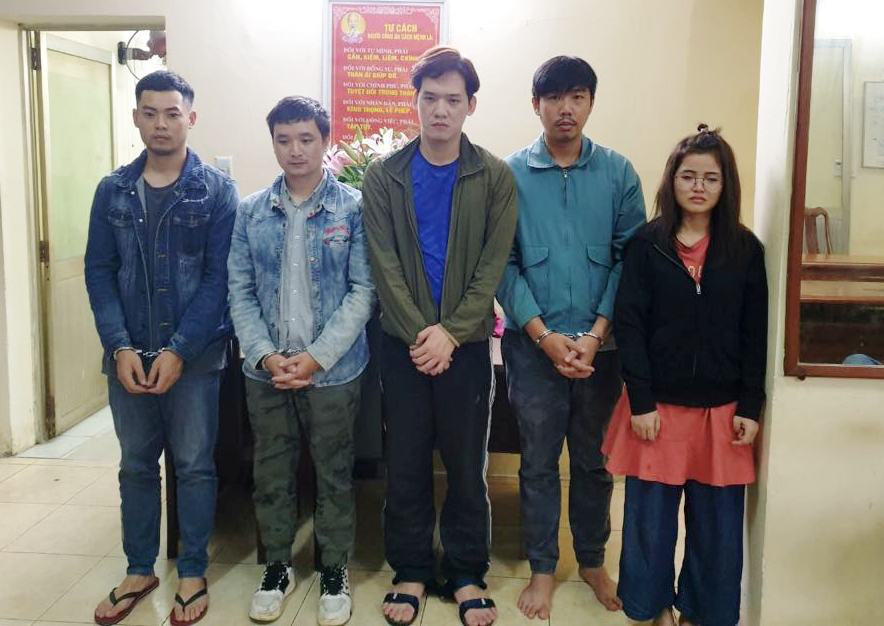 Police in Ho Chi Minh City have arrested two Chinese citizens and three Vietnamese who ran an illegal ring operating loan shark apps with more than 60,000 debtors and interest rates of up to 1,095 percent per year.

Tu Long and Yuan Deng Hui are Chinese nationals while the other three are Vietnamese citizens.

They are charged with “usury in civil transactions,” a crime that carries up to three years of imprisonment.

These companies were owned by two Chinese women, but some Ho Chi Minh City residents were hired to be the firms’ legal representatives.

In late 2019, police inspected the companies and questioned about 40 of its employees, most of whom are Vietnamese.

They said they were assigned tasks such as managing, translating, reviewing debtors’ applications, and collecting debts.

Debtors had to pay up VND1.5 million after a week, or they would have to pay two to five percent in interest per day.

This means debtors were required to pay a daily interest rate of three percent, equal to 1,095 percent a year, which is five times the promulgated ceiling.

Debtors who pay off on time were eligible to borrow a higher amount the next time.

What most were not aware is that the apps had already stolen information from their phone contacts during the loan application process.

With the information, debt collectors would spam-call family members and acquaintances of loan takers to pressure them into paying up their debt.

Investigators found that approximately 60,000 people across Vietnam had borrowed money from these apps, with loans totaling VND100 billion ($4.2 million).

Officers have carried out their investigation since late 2019 and eventually identified the five leading members of the racket.