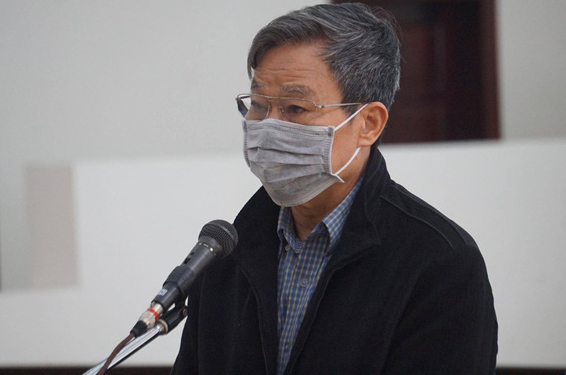 The People’s High Court in Hanoi has upheld the life sentence for former Minister of Information and Communications Nguyen Bac Son for receiving US$3 million in bribes to facilitate the scandalous MobiFone-AVG deal.

The appellate court was organized on Monday.

Son, who was minister for the 2011-16 tenure, stood his first trial in late December 2019 and was sentenced to life in prison for receiving $3 million in kickbacks and a 16-year jail term for violations in the management and use of public investment capital that led to serious consequences.

The ex-official later appealed for a reduction of his sentence.

According to the judges of the appellate court, state-run telco MobiFone attempted to acquire a 95 percent stake in AVG, a pay-per-view private TV company, for nearly VND8.9 trillion ($383.7 million) in 2015.

The Ministry of Information and Communications, which represented the state ownership at MobiFone, was responsible for the deal after being given the go-ahead by the prime minister.

Son, as the communications minister at the time, signed multiple decisions to facilitate the deal and ordered that the purchase be completed within 2015.

He discussed the deal with Pham Nhat Vu, former chairman of AVG, multiple times during the implementation of the project and eventually received $3 million in bribes from Vu after the deal was signed.

Following an inspection by the Central Inspection Committee and Government Inspectorate in 2017, the contract was nullified and all the money MobiFone had spent on the deal was refunded.

Inspectors stated that the deal could have caused losses worth over VND6.5 trillion ($281.3 million) to the state budget.

The judges stated that the life sentence was appropriate for such a serious violation, adding that there was no mitigating factor in Son’s case.

Meanwhile, the court agreed to give other defendants in the case reduced sentences.

Specifically, Le Nam Tra, former chairman of MobiFone, will spend four years in prison, down by three years from the verdict in the first-instance trial, for “violating regulations on the management and use of public investment capital, causing serious consequences.”

However, his 16-year jail term for taking bribes was upheld. He will serve a combined sentence of 20 years behind bars.

Other defendants who are former MobiFone officials received a jail term of 12 to 14 months each.

Their previous sentences were two to three years in prison.