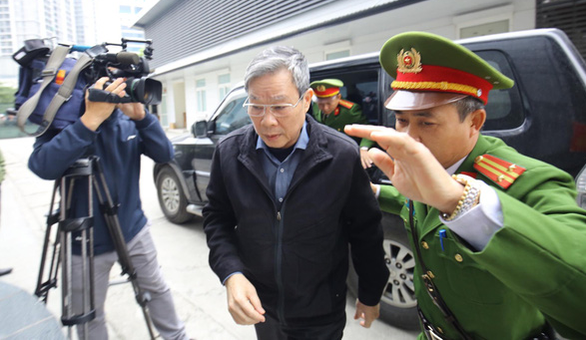 Nguyen Bac Son, who was the Vietnamese Minister of Information and Communications (MIC) for the 2011-16 tenure, has been sentenced to life in prison by a court in Hanoi for receiving US$3 million in bribes to facilitate a scandalous deal where state-run telco MobiFone attempted to acquire almost the entirety of a private firm.

Son was also handed a 16-year jail term for violations in the management and use of public investment capital that led to serious consequences, the Hanoi People’s Court announced on Saturday morning.

Son played a leading role in the notorious deal in 2015, in which MobiFone tried to buy a 95 percent stake in AVG, a pay-per-view private TV company.

MobiFone, one of Vietnam's three largest mobile carriers by subscription, signed a confidential contract to take over 95 percent of AVG, a deal that was valued at nearly VND8.9 trillion ($383.7 million), in late 2015.

The former communications minister received $3 million in bribes from Pham Nhat Vu, former chairman of AVG, along with a number of cash gifts from MobiFone’s leaders, after the deal was signed.

The Central Inspection Committee and government inspectorate launched a comprehensive examination of the transaction in July 2017, before the contract was nullified in March 2018.

Inspectors stated that the deal could have caused losses worth over VND6.5 trillion ($281.3 million) to the state budget.

Vu refunded all the money MobiFone had spent on the deal in late 2018.

Both MobiFone and the MIC, as well as some other relevant agencies, were found to be in the wrong in moving forward with the acquisition when it had not been approved by the prime minister, which went against the law on investment.

However, judges found at Saturday morning’s court that Son enjoyed several mitigating circumstances, including his contributions to the Communist Party of Vietnam and merits he had been awarded during his tenure.

Son’s family also voluntarily gave up $3 million one day ahead of the court.

The former minister thus received an aggregate sentence of life imprisonment, instead of the death penalty as proposed.

Truong Minh Tuan, who succeeded Son as Minister of Information and Communications from April 2016 to October 2018, was sentenced to eight years in prison for receiving $200,000 from Vu and six years behind bars for violations in the management and use of public investment capital that led to serious consequences.

In total, Tuan will have to spend 14 years in prison, given his contributions while holding the office, his actions of remedying the consequences of the case, active cooperation with investigating authorities and the MIC’s application for reduction of his sentencing.

The other defendants were slapped with jail terms between two and five years.

According to the judges, all the defendants had shown sincere regrets, returned the bribes they had taken, and actively contributed to correcting the consequences of their actions, which made them eligible for reduced penalties.