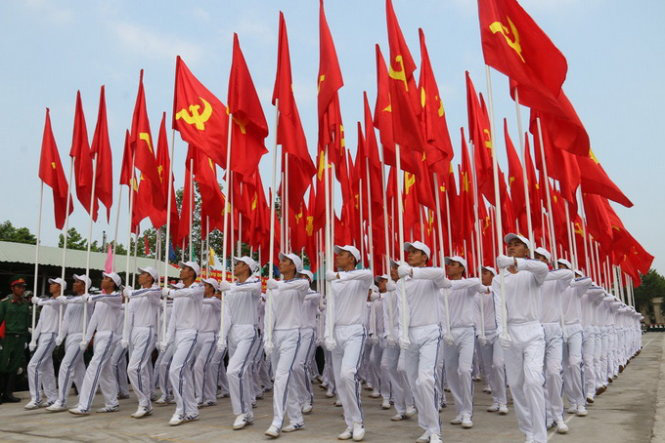 Instead of organizing large public parades and music performances, this year, Ho Chi Minh City is set to celebrate the 45th anniversary of Reunification Day, which marks the end of the American war in Vietnam, with a range of online activities to ensure safety amid the COVID-19 pandemic.

The Ho Chi Minh City People’s Committee has issued a plan on organizing activities to observe the 45th anniversary of Reunification Day (April 30) and 134 years of the International Workers’ Day (May 1) this year.

Up to 30 guests and officials will be present at each of the many celebration points in the city, including the Reunification Palace and the headquarters of the municipal Party Committee, People’s Council, People's Committee, and the local committee of the Vietnam Fatherland Front, to ensure social distancing.

Activities taking place at all locations will be televised and live-streamed on digital platforms on Thursday.

Invitees are city leaders, members of the armed forces, intellectuals, war veterans, and representatives of farmers, youths, and overseas Vietnamese.

On Wednesday, city leaders will pay tribute to fallen soldiers at cemeteries and offer incense and flowers to President Ho Chi Minh City and President Ton Duc Thang at local museums dedicated to the late leaders.

An exhibition marking the event is also held on Nguyen Hue Pedestrian Street in District 1 from April 27 to May 10, alongside an online photo exhibition accessible via the portals of the municipal Party Committee and People's Committee, Ho Chi Minh City’s government website, and the websites of municipal departments and organizations.

Local officials are also scheduled to visit units and individuals who made remarkable contributions to the historic Ho Chi Minh Campaign that ultimately led to the liberation of the South and reunification of Vietnam on April 30, 1975.

Instead, activities will focus on expressing gratitude and worship, nursing mothers who lost their children to the war, and repairing almshouses, monuments, and relic sites.

From April 25 to June 25, privately funded decorative lights are also installed on Le Duan Street and at the Le Duan – Pham Ngoc Thach roundabout in the city’s downtown.