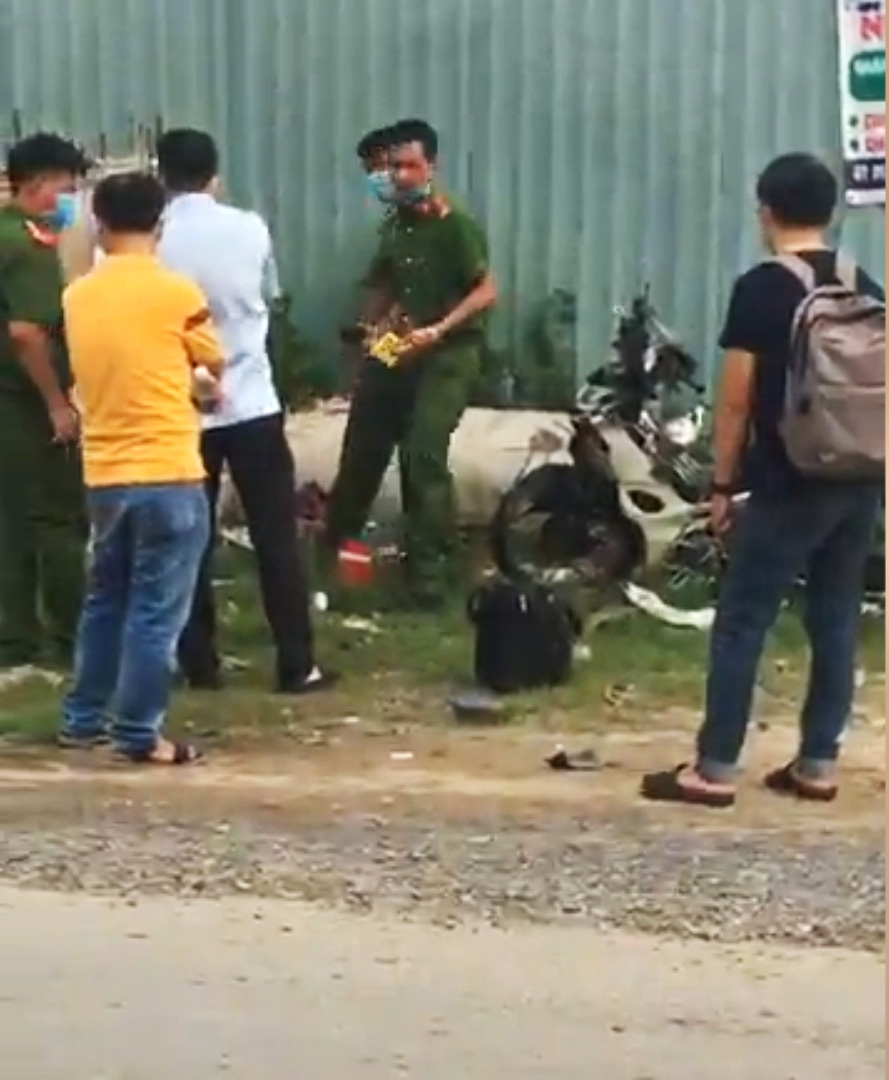 Police in Ho Chi Minh City have arrested two teenage boys for attacking a man with pepper spray and snatching his phone, which caused him to fall off his motorbike and die.

Officers in Hoc Mon District confirmed on Thursday they had apprehended Truong Huynh Long and Nguyen Van Cuong, both 17.

The victim was H.N.G., a 63-year-old resident of Binh Tan District.

Early reports said that G. was riding his motorcycle on Pham Thi Giay Street in Hoc Mon District on Monday afternoon when Long and Cuong approached the man on a motorbike and snatched his mobile phone, which the victim was holding in his hand.

G. decided to chase after the thieves and ended up being attacked with pepper spray.

He lost control of his vehicle and crashed into a drain on the side of the street.

The victim fell on the ground and was knocked unconscious, while the phone snatchers escaped.

G. was later brought to the hospital by some local residents, but he succumbed to his serious injuries.

Police officers launched an investigation and managed to identify the suspects as Long and Cuong.