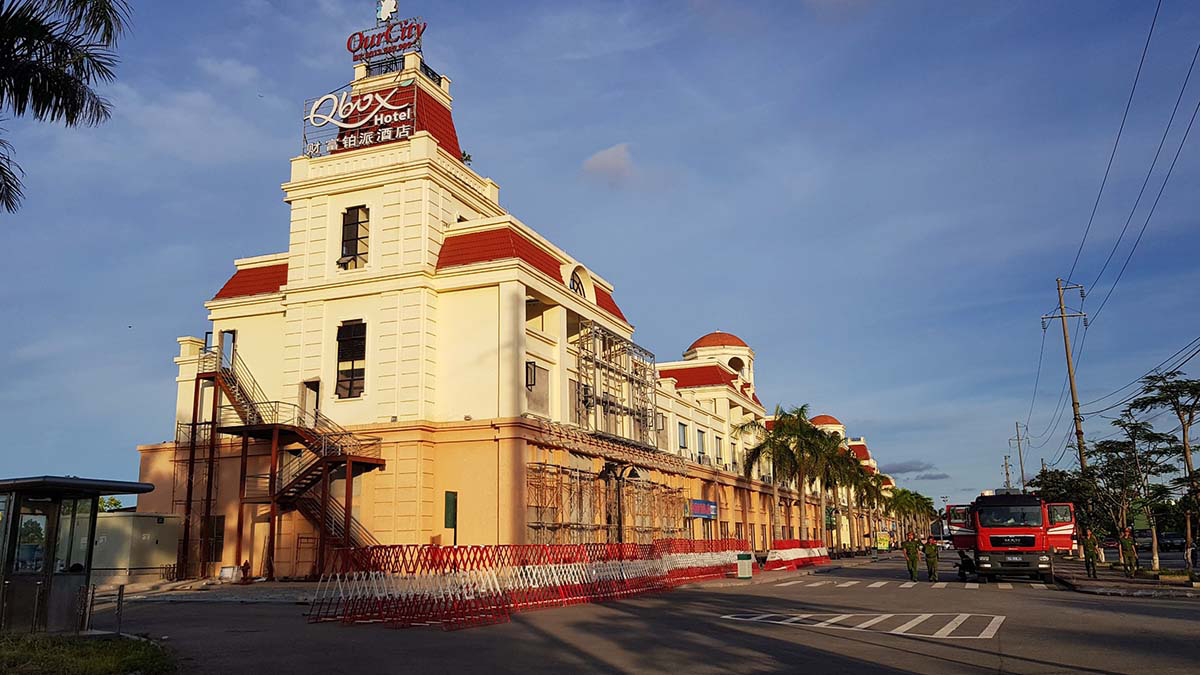 Chinese people are using more than 162,000 hectares of land in Vietnam by exploiting legal loopholes to establish joint ventures and pumping money for Chinese-Vietnamese citizens to acquire land in the Southeast Asian country, according to the Ministry of National Defense.

About 6,300 out of 162,000 hectares are land plots located in border and coastal areas, the defense ministry stated in a recent report submitted to the lawmaking National Assembly.

As of November 2019, a total of 92 businesses with 100-percent Chinese investment and 57 joint ventures were operating in border areas in 22 Vietnamese provinces and cities, the report highlighted.

The land lease period of these Chinese enterprises ranges from five to 50 years, the ministry elaborated, adding that most of the businesses specialize in such sectors as hospitality, tourism, entertainment, garment, aquaculture, leather shoes, children’s toys, and electronic components.

The majority of these firms are based in the central city of Da Nang, followed by Quang Ninh Province and Hai Phong City in northern Vietnam.

All of them were established in 2018 or earlier and had been granted business permits by Vietnamese authorities, the report added.

The Chinese-owned businesses have basically complied with Vietnamese law, it said, but several violations were still recorded, namely recruiting Chinese employees on tourist visas and hiring Chinese laborers without reporting to local authorities.

A more serious offense is Chinese-run companies operating under the guise of Vietnamese businesses.

Some other violations committed by Chinese employees include failing to declare temporary residence, working without permits, violence against Vietnamese colleagues, illegal marriage, and breaking workplace regulations.

The report also showed that 135 land plots in Da Nang were owned by, indirectly owned by, or leased to Chinese individuals and businesses between 2011 and 2015.

These pieces of land are located along major streets and the city’s coastline, playing a significant role in national defense and security.

In order to claim these land plots, the Chinese had established joint ventures with and pumped money to Chinese-Vietnamese citizens in the central city, the defense ministry explained.

At first, Chinese individuals would channel a small amount of capital into these joint ventures, letting their Vietnamese partners become the majority owner with a higher share of capital.

However, most of these Vietnamese contributed their capital in the form of land ownership.

The Chinese eventually raised their capital and gained control of the businesses, thus effectively 'owning' the land plots of their Vietnamese partners.

The municipality had ordered an investigation into such cases and vowed those responsible would be penalized.

According to Dao Trung Chinh, deputy general director of the General Department of Land Administration, foreigners are only allowed to buy houses in Vietnam, not land.

However, there is no law regarding foreigners possessing land via joint-venture operations in the country, Chinh admitted.

The Vietnam Land Law does not permit foreign investors to purchase land from Vietnamese citizens, an official from the Ministry of Planning and Investment told Tuoi Tre (Youth) newspaper.

To prevent Chinese nationals from taking advantage of legal ‘loopholes’ to possess land in Vietnam, the ministry is drafting several law amendments, which will require foreigners to register with provincial investment authorities if they want to purchase shares in enterprises that include ownership of land plots significant to national defense and security, he elaborated.

The purchase will be permitted if certain requirements are met, he added.

This will only solve the problem to an extent, the official admitted, adding that Vietnamese authorities must review the entire Land Law, Enterprise Law, Investment Law, and regulations relating to foreigners’ residency and movement for a long-term solution.

The Ministry of National Defense has asked the prime minister to order sectors and local administrations to examine all foreign-invested projects, especially those in border, coastal areas, and locations that play strategic roles in national defense and security.

Inadequacies of the Investment Law, Land Law, and the management of investment activities must be promptly detected and fixed to prevent any ‘loopholes’ from being exploited, the ministry stressed.