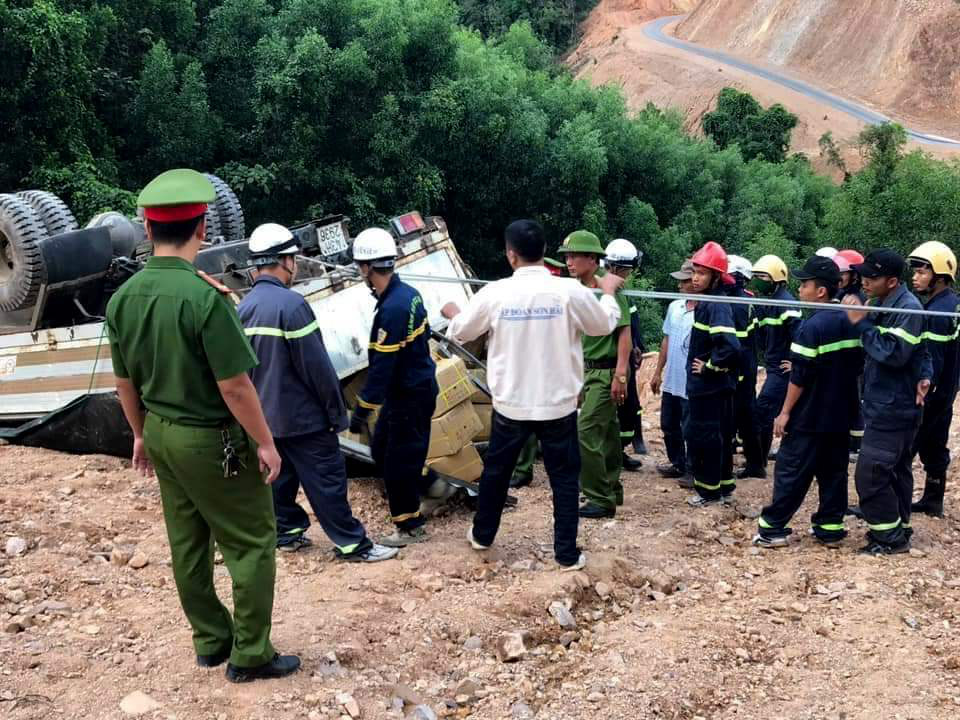 Firefighting officers in the north-central Vietnamese province of Quang Tri have rescued a tipped-over truck that was carrying nearly five metric tons of explosives.

The accident occurred when the truck was traveling along a mountain pass on the border of Gio Linh and Huong Hoa Districts in Quang Tri Province at around 4:00 pm on Tuesday, according to Colonel Le Van Tien, head of the provincial firefighting police unit.

The vehicle was carrying nearly five metric tons of explosives and many detonators to the construction site of a hydroelectric project developed by Son Hai Corporation.

Three fire engines and a rescue vehicle, along with many officers, were quickly dispatched to the site of the accident.

The truck had tipped over on a sloped terrain, while the explosives also posed a lot of challenges to the rescuers.

The worst-case scenario was that the truck could further slip down the slope.

Officers had to gradually remove boxes of explosives from the truck before salvaging the vehicle.

The rescue effort was completed at around 7:30 pm the same day.

The 41-year-old truck driver was hospitalized for treatment of his injuries.

Preliminary information showed that the driver had lost control of the truck while following the descending road.