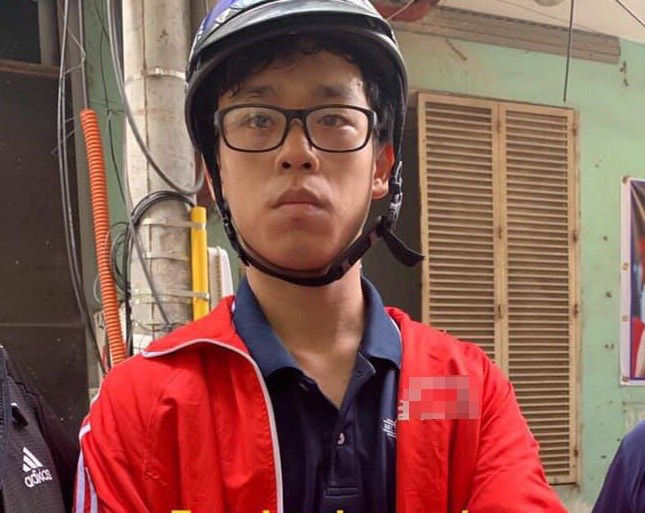 A first-year male student majoring in biotechnology at a Hanoi-based university was caught this month selling a type of psilocybin mushroom, or magic mushroom, which he had grown at home.

Nguyen Tran Tuan Phuong, 19, who lives in Dong Da District in the capital city, is being held in custody for drug trafficking, according to Senior Colonel Nguyen Van Vien, director of the anti-drug police department at the Vietnamese Ministry of Public Security.

Phuong is a freshman in biotechnology and food technology at the Hanoi University of Science and Technology. He was an outstanding student a famous high school in the Vietnamese capital city.

The man was caught selling over 26.4 grams of a type of magic mushroom, a polyphyletic group of fungi that contain psilocybin and psilocin, police said Thursday.

These substances, which cause severe hallucinations when consumed, are on the list of prohibited and illegal drugs in Vietnam, according to a government decree issued in 2018.

A preliminary investigation found that Phuong suffered considerable stress in 2018, so he resorted to using a type of magic mushroom to alleviate his stress.

He also came up with the idea of cultivating his own mushrooms for use and sale. Phuong then searched for documents in English on the Internet to learn how to grow the mushrooms at home.

In May this year, he harvested around 300 grams of fresh magic mushrooms, dried them up to obtain roughly 30 grams of dried shrooms, before offering the drug for sale on a social networking site.

It was not until June 7 that investigators in Cau Giay District in Hanoi caught him red-handed selling the amount of magic mushroom.

Senior Colonel Vien noted this is the first time the magic mushroom has been discovered being traded in Hanoi. It first emerged in the northern port city of Hai Phong in 2018.

Apart from severe hallucinations, the mushroom also causes users to suffer other side effects, such as nausea and vomiting.

“As people use this mushroom, it will have an impact on their nervous system, causing a state of excitement, agitation, and even hallucination that an enemy was in front of them, threatening them with a knife. This has led to many serious criminal cases,” he said.

Dr. Nguyen Trung Nguyen, director of the Poison Control Center at the Hanoi-based Bach Mai Hospital, told Tuoi Tre (Youth) newspaper that the center has provided emergency treatment to many drug overdose patients, including those who are high school students.

“Narcotics can have serious health consequences. Although drug poisoning occurs in young people, it causes severe heart muscle damage, acute heart failure and myocardial infarction which are similar to the health conditions of an elderly person,” the doctor said.

“Their behaviors may put themselves and other people around them in danger,” he said.