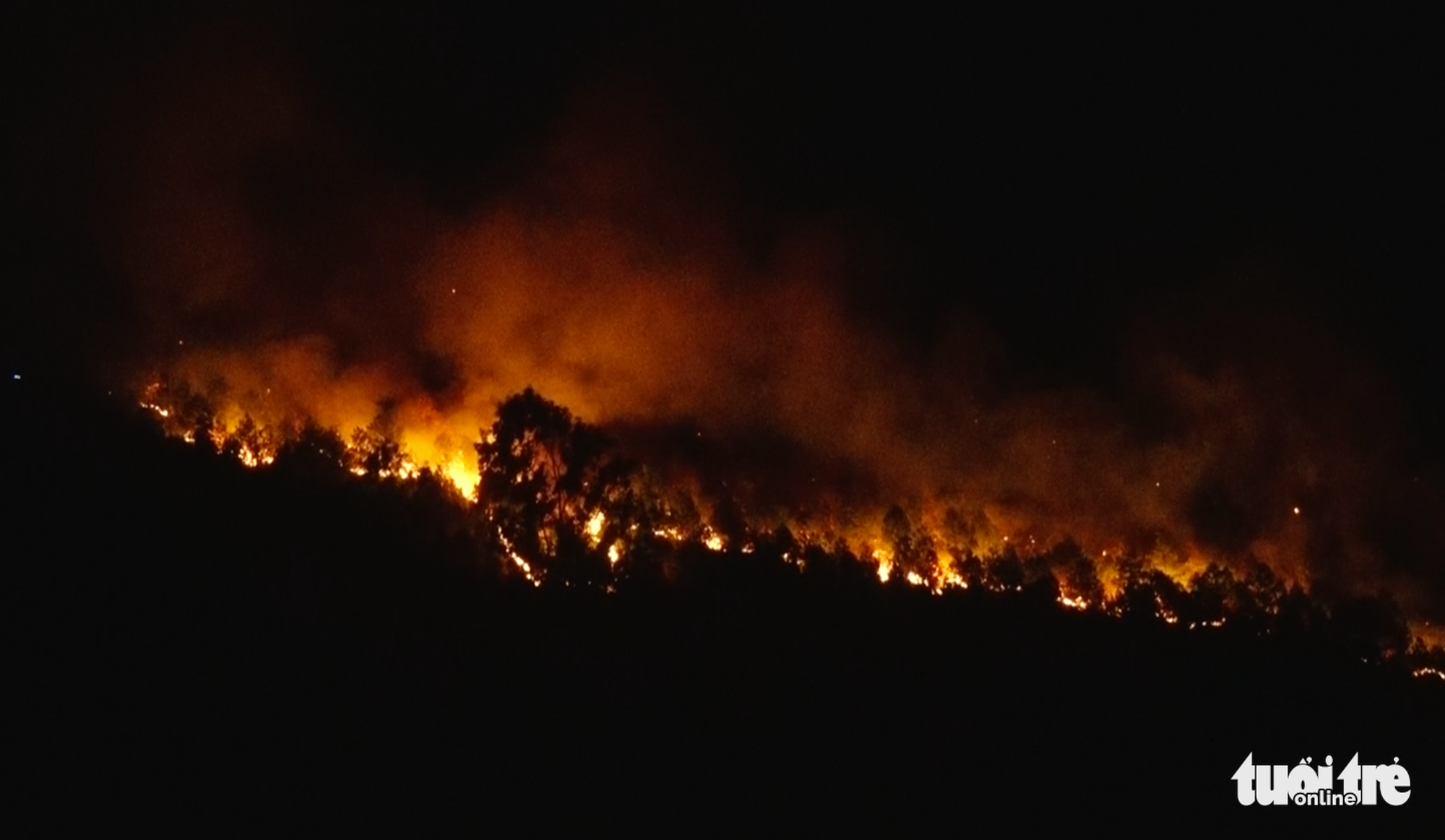 Firefighters and residents had to stay up past midnight to put out fires that had started in two different pine tree forests in the north-central Vietnamese province of Nghe An on Monday.

It took firefighters five hours to extinguish the first fire, which broke out in a forest in Dien An Commune, Dien Chau District, according to Colonel Nguyen Manh Hung, deputy director of the provincial Department of Police.

The efforts were supported by military, forest protection, and police officers, as well as many local residents.

The most important task was to contain the fire and prevent it from spreading to other forests or nearby residential areas, Col. Hung stated.

Even after the flame had been put out, multiple officers were tasked with keeping a close watch on any possible reignition.

During the afternoon of the same day, another fire broke out in a forest in Dien Phu Commune, also in Dien Chau District.

The area had been consumed by flames a day earlier, causing firefighters to respond, but the conflagration reportedly reignited on Monday due to hot, dry weather.

It was only put under control at around 12:10 am on Tuesday morning.

A total of eight forest fires have occurred across Nghe An Province in the first six months of this year, leveling 87 hectares of forest, the provincial Department of Agriculture and Rural Development said on Monday.

A heatwave has been scorching the province over the past month, resulting in high temperatures and an absence of rain, which in turn entails high risks of forest fire, the agency added.