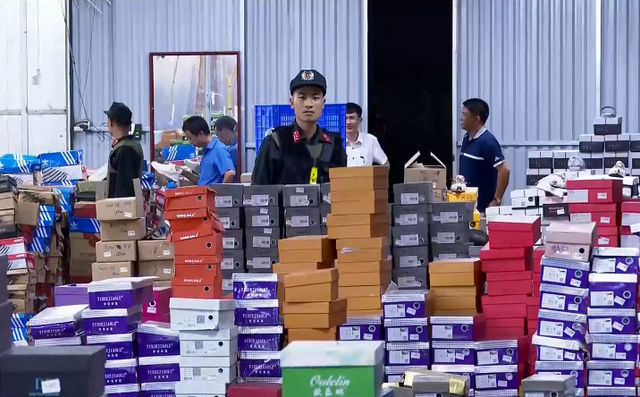 Thousands of smuggled fashion and beauty products were seized at a massive warehouse in northern Vietnam where more than 40 staff members worked to process at least 100 to 200 orders for the allegedly counterfeit goods per day.

On Tuesday, the Vietnam Directorate of Market Surveillance joined hands with the Ministry of Public Security in raiding a warehouse covering more than 10,000 square meters in Lao Cai, the capital city of the namesake province in northwestern Vietnam.

Authorities found thousands of smuggled fashion products that showed signs of being counterfeits of famous global fashion brands at the time of the swoop.

Three staff members were caught livestreaming such the products on different Facebook accounts in order to sell them online.

These employees confessed that they receive at least 100 to 200 orders a day via livestream sales.

After each livestream session, more than 40 employees would work to process customers’ orders, package the goods, and have them delivered to the buyers.

Hundreds of thousands of items had allegedly been sold online by the ring by the time of the raid.

The owner of the warehouse has been identified as Tran Thanh Phu, 28, who resides in Lao Cai Province and runs the facility with his younger sister, authorities said.

Their products include footwear, glasses, watches, and cosmetics.