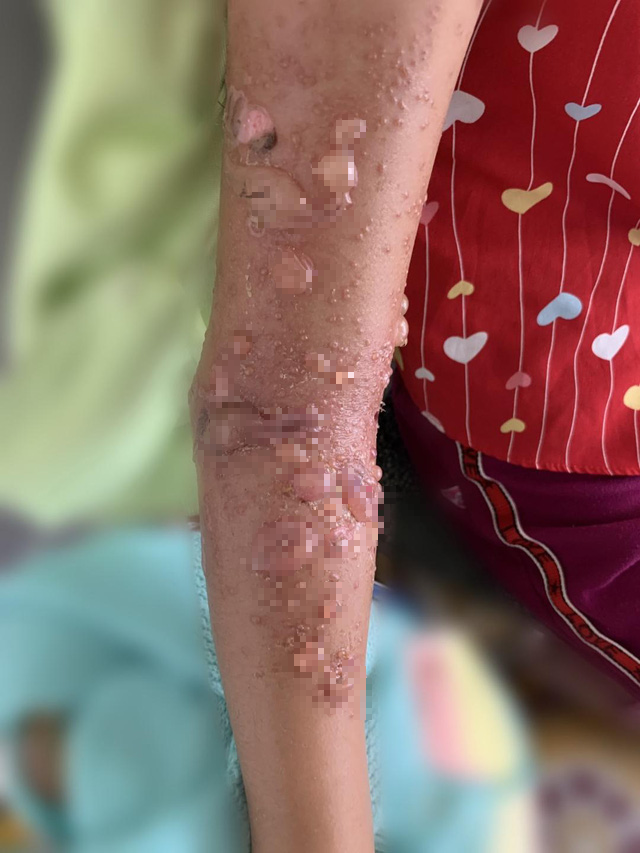 An eight-year-old Vietnamese girl from the south-central coastal province of Binh Thuan was hospitalized after parents suspected she was stung by jellyfish while swimming at a local beach.

Dr. Duong Le Trung at the Ho Chi Minh City Hospital of Dermato-Venereology, where the girl had received treatment, told Tuoi Tre (Youth) newspaper that the teenager was suffering from acute contact dermatitis — a type of body reaction that occurs after exposure to strong irritants, such as jellyfish venom.

Manifestation often occurs soon after exposure to the allergen.

Her family said that the girl had been swimming after school at a beach near her house during the peak of the jellyfish season.

As she finished swimming, the skin on her right arm became slightly hot and painful. Later, it appeared red and itchy.

She later received treatment at a local hospital, but her conditions remained unchanged so her family took her to the Ho Chi Minh City Hospital of Dermato-Venereology.

She was given antibiotics, anti-inflammatory drugs, and topical medications. The girl’s skin began to heal after a week at the hospital and she was discharged.

Dr. Trung said that after being stung by jellyfish, people should leave the area suspected of having the sea creature as soon as possible. They should also run clean water over the wound and keep the affected skin clean.

If the skin does not improve after a few days, or the area of affected skin spreads, patients should visit the hospital for professional help.