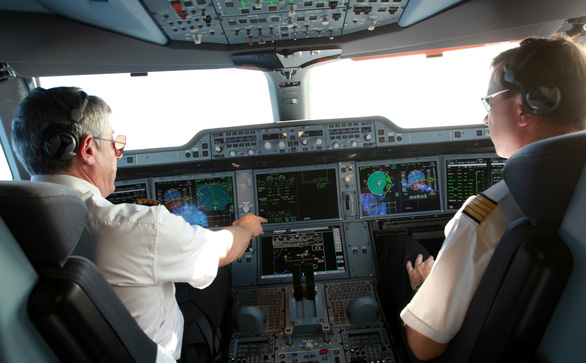 Nine out of 12 Pakistani pilots with a valid working contract with Vietnamese airlines have been confirmed by the Pakistani government to be using legal and authentic licenses, the Civil Aviation Administration of Vietnam (CAAV) said on Friday.

The other three pilots are still pending verification, according to Ho Minh Tan, head of the aviation safety standards department at CAAV.

The CAAV said it had received confirmation from the Pakistani Embassy in Hanoi.

The confirmation came more than three weeks after the CAAV asked Pakistani authorities to verify the legitimacy of the licenses carried by 27 Pakistani pilots working for Vietnamese airlines over fake qualification concerns.

As of June 25, 15 of the 27 pilots had left their jobs at the Vietnamese carriers, so the Pakistani side only verified the credentials of the remaining 12 Pakistani pilots, the CAAV said.

The Pakistani Embassy in Hanoi also affirmed that all CPL/ATPL licenses administered by the Pakistani aviation regulator are legitimate and valid.

No licenses issued by Pakistani authorities are fake, contrary to previous media reports, the embassy said.

CPL stands for commercial pilot license while ATPL is air transport pilot license. They allow flying for a hire and as an airline pilot, respectively.

Earlier, upon hearing about Pakistani authorities’ revelation that over 250 pilots had been fraudulently granted licenses, the CAAV directed all Vietnamese airlines to review their Pakistani pilots.

There had been 27 Pakistani pilots licensed to work in Vietnam by the CAAV by June 25, of whom six were registered to work for Vietnam Airlines, 17 for Vietjet Air, and four for Pacific Airlines, formerly known as Jetstar Pacific.

Twelve were still working for Vietjet and Pacific Airlines as of June 25, while the remainder had either finished their contracts or returned home due to the novel coronavirus disease (COVID-19) pandemic.

At that time, the CAAV grounded the Pakistani pilots while the Vietnamese carriers said they had not assigned the pilots in question on any recent flight.

None of the pilots has been involved in a flight incident or flight safety threat while flying for Vietnamese airlines, the CAAV noted.