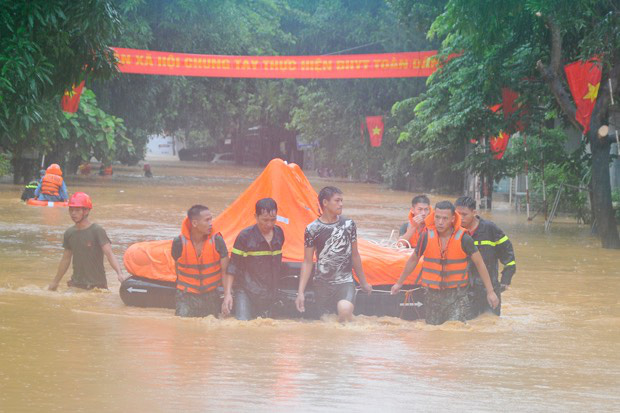 At least 5 killed by torrential rain in northern Vietnamese province

At least five people have been killed and two others injured as torrential rain triggered floods and landslides in the northern Vietnamese province of Ha Giang this week.

Inundation, flash floods, and landslides have claimed five lives and wounded two others in the province, according to a report by the provincial steering committee for natural disaster prevention.

About 57 houses were damaged by mudslides, while 524 others were flooded. Several homes also collapsed due to flash floods.

Many areas were submerged in floodwaters up to 1.2 meters deep.

Two local hydropower plants, Thuan Hoa and Thai An, had to cease operations after being hit by rockslides.

Heavy downpours accompanied by thunderstorms, strong gusts, and hails are expected to continue dampening Ha Giang and other northern provinces on Wednesday, according to the National Center for Hydro-meteorological Forecasting.

Authorities and residents in such provinces as Ha Giang, Tuyen Quang, Cao Bang, Yen Bai, Son La, Phu Tho, Lai Chau, and Bac Kan are advised to be cautious as the weather pattern poses high risks of flash floods and landslides, which threaten the livelihoods of local people.

Residents in danger zones are warned to prepare for a possible emergency evacuation.