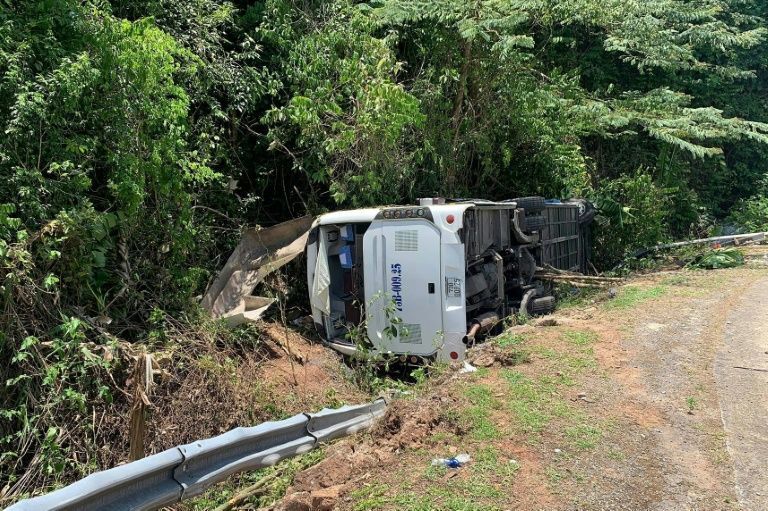 A high school reunion trip in Vietnam took a fatal turn on Sunday when a bus carrying the alumni crashed and flipped over at a bend on the highway, killing more than a dozen passengers.

The nearly 40 passengers on the bus were classmates from Dong Hoi High School who were travelling to visit the area in central Quang Binh province for the 30th anniversary of their graduation.

But the driver lost control on a sharp turn on the highway, said state media.

At least 13 people were killed, and many more injured.

"People on the coach said that when the coach was travelling down the slope, there were signs the brakes were broken," reported Tuoi Tre newspaper.

Images shared on news websites showed the bus on its side by the asphalt road, with bystanders looking on as rescuers tended to the injured.

Travelling on Vietnam's roads can be a hazardous affair, and World Health Organization says traffic accident injuries are the leading cause of death for those aged 15-29.

So far, the country has recorded more than 3,200 deaths in the first six months of this year.