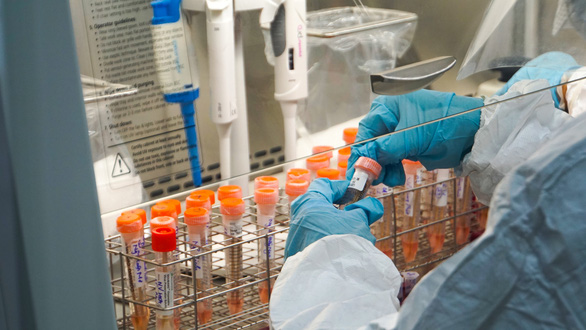 The deceased man, a native of Lien Chieu District in the central city of Da Nang, had a history of type-1 diabetes, end-stage chronic renal failure, septic shock, and multi-organ failure.

He was admitted to Da Nang Hospital on July 26 and sampled for COVID-19 testing on the same day.

He was confirmed positive for the novel coronavirus on July 27, becoming Vietnam’s patient No. 431.

The patient was treated at Da Nang Hospital until July 30 before being transferred to Hue Central Hospital in the neighboring province of Thua Thien-Hue on July 31, where he was diagnosed with severe pneumonia caused by COVID-19.

The man then went into a coma and was put on a ventilator, began receiving continuous renal replacement therapy, dialysis, and intensive care. His conditions got worse on August 4.

He was in a deep coma and experienced limb weakness, high heart rate, and low blood pressure between August 6 and 10.

The patient developed a fever on August 10 and his heart stopped at 3:00 am on Tuesday, but doctors managed to resuscitate him with CPR.

However, his conditions became severe at 0:00 am on Wednesday, with an intermittent pulse and blood pressure dropping.

He was confirmed dead 30 minutes later.

His death was attributed to severe pneumonia caused by COVID-19 and his history of type-1 diabetes, end-stage chronic renal failure, septic shock, and multi-organ failure.

Among Vietnam’s 17 virus-related deaths, three were below 50 years of age, three between 50 and 60 years old, and the rest over 60. Most of them had severe pre-existing conditions.

The country’s COVID-19 tally stood at 866, with 399 having recovered as of Wednesday morning.