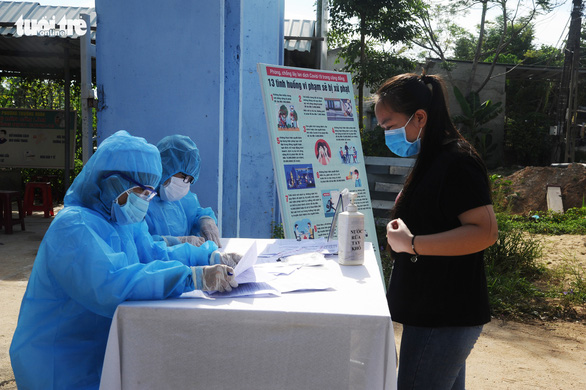 The Office for Population and Family Planning in Quang Nam Province is seeking aid in the form of birth control supplies to address the issues facing local residents affected by COVID-19.

On Tuesday, Phan Dinh Nhan, head of the office, said that the agency has solicited contraceptive supplies in an official request to the central-level General Office for Population and Family Planning.

The request is justified under Resolution No. 42, a policy measure to help individuals and businesses stricken by the COVID-19 pandemic, issued by the Vietnamese government in April.

From the start of 2020, Quang Nam residents have been facing severe hardships because of the pandemic, especially households whose livelihoods are threatened by the global health crisis.

Though not classified as poor households by definition, they are kept in a precarious situation where many of them cannot afford contraceptives to ensure planned parenthood.

In light of the erratic development of COVID-19, Quang Nam authorities are prioritizing resources to curb the pandemic, with reproductive health, among others, being a concern.

Their latest request to the General Office for Population and Family Planning claims to address this issue by gathering contraceptive supplies, including intrauterine devices, contraceptive injection, and other options, for poor and near-poor households.

According to a 2018 Ministry of Finance circular on management and use of state expenditures to implement health and population targets in the 2016-20 period, the beneficiaries eligible for free contraceptives only account for ten percent of the central Vietnamese province’s population, but the actual demand is much higher than that.

According to Nhan, it is essential that a contraceptive supply be in place for the health and population targets to be reached.

“The province is not actually in shortage of contraceptives; however, they are not accessible due to COVID-19,” a high-level official from Quang Nam’s Department of Health stated.

The province should be looking for transportation solutions to ensure health needs are met even in isolated areas, he said.