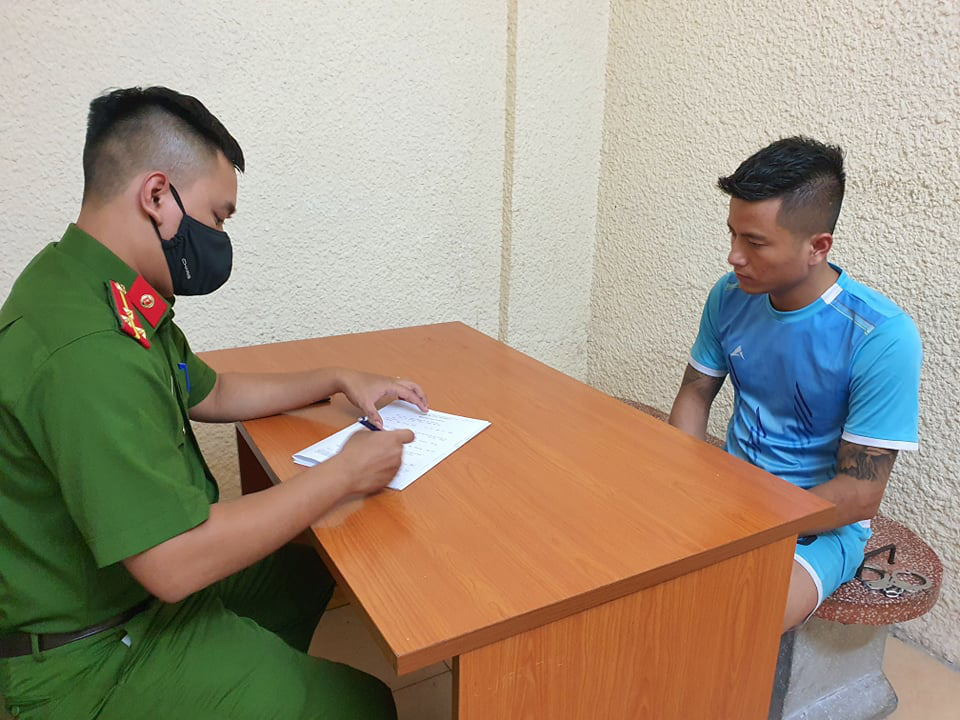 Hanoi police officers said on Sunday they had arrested a 30-year-old man suspected of breaking into a jewelry shop in the capital city last week and getting away with more than 13 kilograms of gold.

The Criminal Police Division under Hanoi’s Department of Police confirmed that the suspect, Nguyen Tien Han from Dan Phuong District, was being investigated on charges of theft.

The investigation revealed that Han had made plans for the burglary well in advance by acquiring a number of tools such as a backpack, pliers, a crowbar, a screwdriver, and gloves.

He also went online to buy a motorbike without a license plate for the crime.

At around 3:00 am on August 18, Han rode the motorbike to Quang Trung Ward, Son Tay Town, Hanoi.

Upon careful inspection, he found out that the Tuan Dat gold and jewelry shop on Phung Khac Khoan Street was a vulnerable target.

Han parked his vehicle about 100 meters away and walked toward the shop.

The man climbed into a balcony on the store’s third floor after scaling the next-door house and used the prepared pliers and crowbar to unlock three layers of locked doors.

He went down to the first floor, disabled the security system, then grabbed 13 kilograms of gold inside the display cabinets.

Han got back out through the third floor and escaped on his motorbike.

About 8.4 kilograms of gold was retrieved by police officers from under a bed at the house of Han’s grandmother in Dan Phuong District at the time of his arrest.

Police officers also alleged that Han had pulled off another burglary at a motorbike store in Thach That District, Hanoi on August 16, stealing VND58 million ($2,510) in cash and a scooter.

The cases are being further investigated.