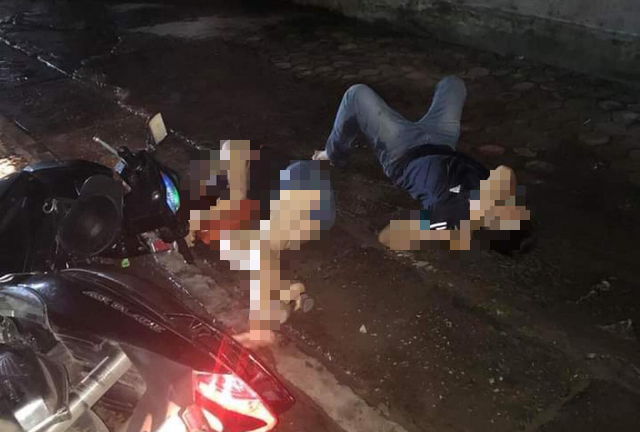 Suspect captured after couple shot over money conflict in Vietnam

Police in the northern Vietnamese province of Thai Nguyen have arrested a suspect in a fatal shooting over a money conflict on Wednesday night.

Tu is the prime suspect who allegedly killed T.T.Tr., 33, and injured her ex-husband, 32-year-old N.T.T., after shooting them with a homemade gun on Wednesday evening.

According to a preliminary investigation, Tr. and T. were traveling on a motorbike along a street in Thai Nguyen City, the capital of the namesake province, at 8:00 pm that day.

Tu then approached them on his motorcycle and fired four shots at the two victims before fleeing the scene.

Tr. was killed due to a serious head injury, while T. was admitted to the hospital with a wound on his left chest.

Tu was arrested four hours later while holing up in the northern province of Bac Giang, about 90 kilometers from the murder scene.

Following an argument over this matter, Tu assaulted Tr. and broke her arm.

The incident was then reported to police officers, but Tu ran away when police began verifying the case.

He recently returned to Thai Nguyen City for a negotiation with Tr. regarding compensation for her broken arm.

Police officers are continuing their investigation.