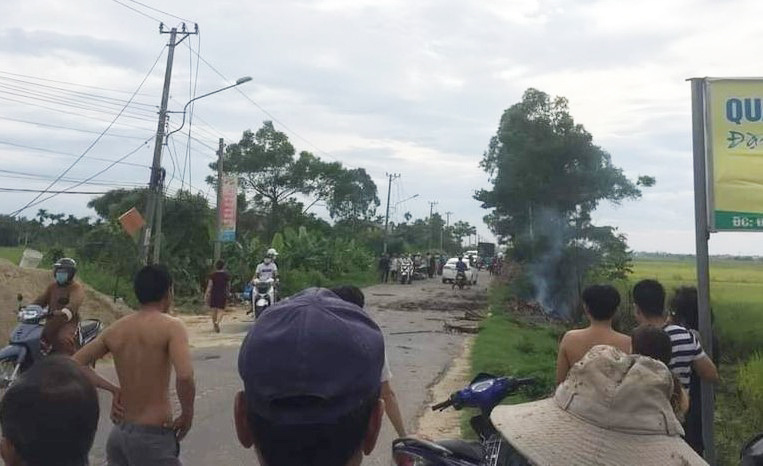 A woman from the central Vietnamese province of Quang Nam has been killed by an explosion suspected to have been caused by an unexploded wartime shell.

The incident occurred in Dien Minh Commune, Dien Ban Town at around 7:45 am on Thursday, the local People’s Committee confirmed later the same day.

The victim was N.L.M.S., 37, who resided in Hai Chau District, Da Nang City, about 20 kilometers from Dien Ban Town.

According to preliminary information, some local residents had burned garbage on the side of Provincial Highway No. 608 prior to the accident.

They left while the pile of garbage was still on fire.

S. was riding her motorbike past the location when a blast occurred.

She was knocked off her vehicle and killed on the spot.

The explosion also damaged S.’s motorbike, a car, and caused the local power lines and telecommunication cables to snap.

It created a hole about one meter wide and 40 centimeters deep.

Local authorities later found a 0.7-centimeter thick shrapnel about 50 meters from the site of the blast.

They believed that the explosion was caused by an unexploded shell left since the war.

Officers conducted an autopsy and handed over the victim’s body to her family.