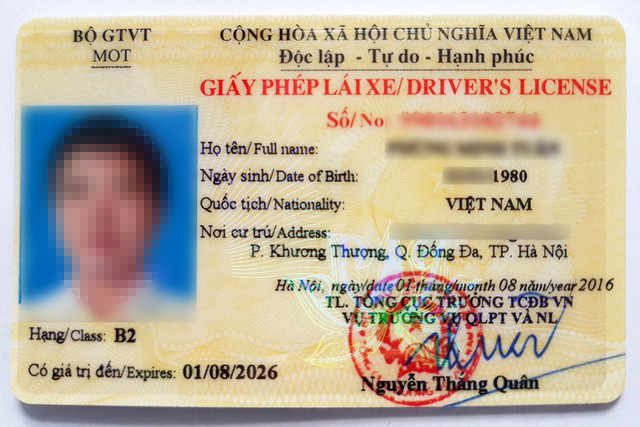 The Vietnamese government has agreed to a proposal to implement a point system for driver’s licenses, whereby drivers will have points deducted when they commit a traffic violation and have their license invalidated if the points reach zero.

The government agreed to add the new regulation to its resolution No. 123 following a meeting in late August, an official from the traffic police division under the Ministry of Public Security said on Wednesday.

Accordingly, each driver will be allocated 12 points on a yearly basis.

These points will be fully restored every year and a bonus will be added if a driver does not commit any traffic violation in the previous year.

Any offense booked will count against a driver’s point pool.

When the points reach zero, the license will be canceled and the driver will be required to retake the driving exam in order to obtain a new license.

These points will be stored and updated in the digital database of the Ministry of Public Security.

In a proposal submitted to the government in early June, the Ministry of Public Security detailed a list of 28 traffic violations eligible for point deduction.

The ministry also included a list of ten serious offenses that would subject drivers to immediate revocation of their driving license.

The Ministry of Public Security has been asked to collect feedback from government members regarding this proposed demerit point system and submit a complete draft law to the central government.

The tentative law will be submitted for approval during the 10th session of the law-making National Assembly, which is expected to take place from mid-October to mid-November.