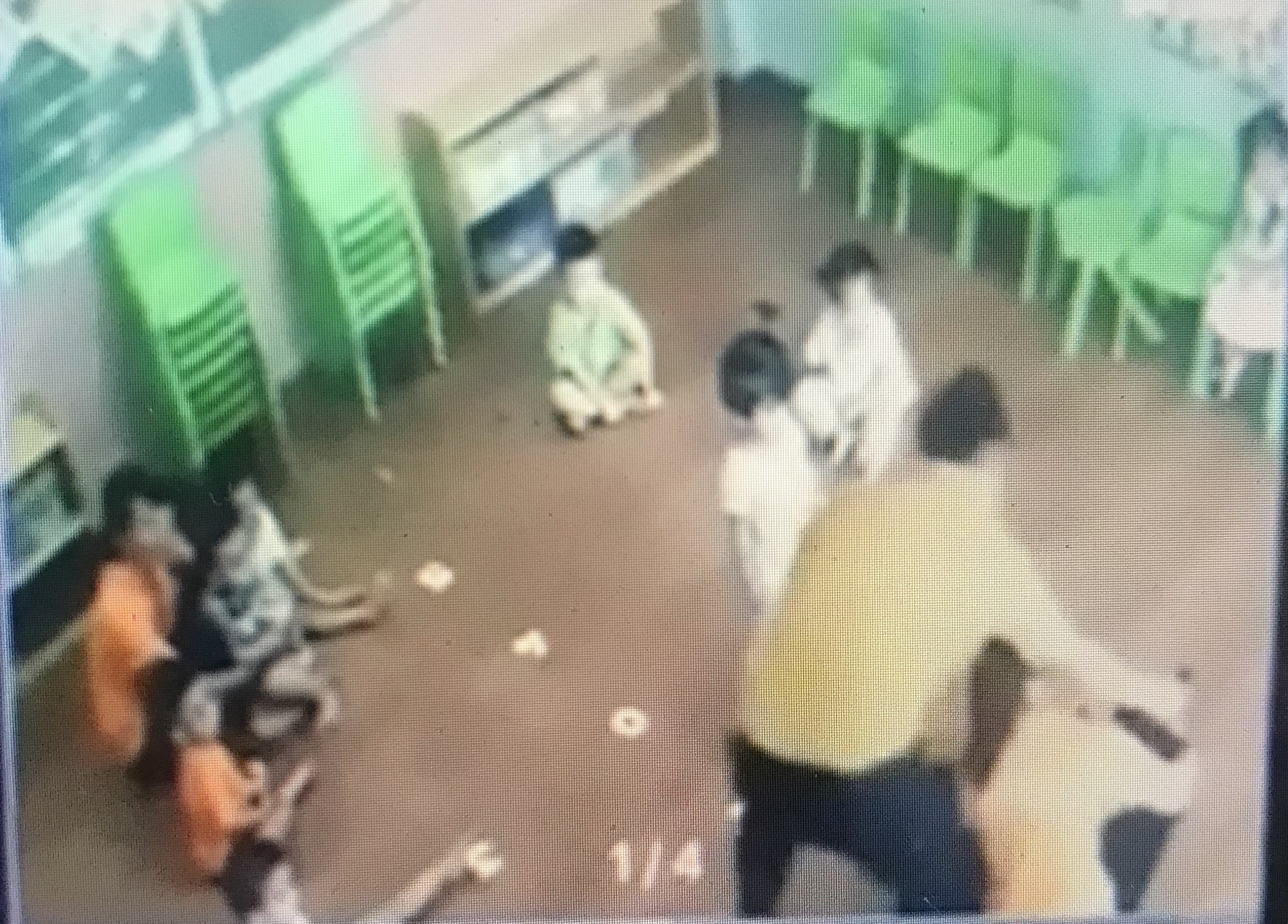 A man has been caught on CCTV repeatedly hitting a two-year-old girl after she and his daughter had a fight over a toy at a kindergarten in the northern Vietnamese province of Lao Cai.

The incident took place at the Trumskids Kindergarten in Lao Cai City, the capital of the namesake province, on Wednesday and was recorded by cameras inside the classroom.

The video clip went viral on Thursday and infuriated many viewers.

According to the footage, there were about 10 children and three female teachers in the classroom that day.

C.T. and P.B.A., who are both two years old, happened to have a fight over a toy, before being separated by one of the teachers.

As the teacher was talking to A., T.’s father stepped in the classroom and slapped A., grabbing her by the hair and hitting her leg.

He left the room but returned moments later and continued slapping the girl, hitting her buttocks, yelling at her, and forcing her to apologize.

After the teacher told the family about the incident, they took A. to the hospital for a health check. She did not suffer any physical injury but was psychologically traumatized, Giang said.

Representatives of the school and local police arrived at Giang’s home later that day to check on A. and work on the case.

As of Thursday afternoon, H.V.H., who is T.’s father, had not apologized directly to A. and her family but only did it through texts and phone calls.

“We do not accept his apology and will ask police officers to deal with the case. Beating a child is unacceptable,” Giang asserted.

The board of Trumskids Kindergarten will also review the responsibility of the teachers for failing to protect A. from the violent actions.