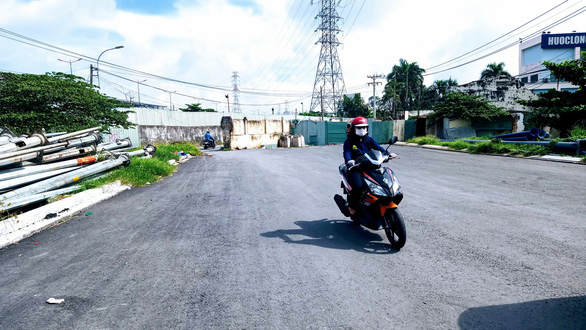 The Ho Chi Minh City Department of Construction has made a proposal to the municipal People’s Committee to start collecting tolls from vehicles traveling on Hanoi Highway starting next month.

The highway is the metropolis’ inter-district road stretching 15.7 kilometers, from the end of the Saigon Bridge in District 2, passing through District 9, to Tan Van Intersection in the southern province of Binh Duong.

Its expansion work commenced on April 2, 2010 and was completed after 36 months.

According to the financial plan, if toll collection on Hanoi Highway had begun on October 1, 2018, the total fee collection period would be 17 years and nine months, Nguyen Thanh Nam, deputy executive director of the Hanoi Highway expansion project, told Tuoi Tre (Youth) newspaper.

“However, until now, the toll has not been collected yet and for every [delayed] year, the fee-collection period is extended by six years due to incurring bank interest,” Nam said.

But the cost exceeded VND4 trillion ($172.4 million) by August 31, 2020, after adding arising interest and payments for some additional items.

According to the proposal, cars under 12 seats and trucks under two metric tons will be charged VND30,000 per turn.

Buses with 12-30 seats and two-metric-ton trucks will be charged VND45,000 per turn while buses with 31 seats or more and trucks from four to under ten metric tons will incur VND60,000 per turn.