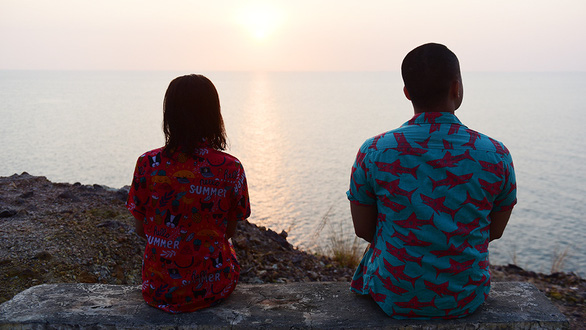 The Institute for Social Development Studies (ISDS) has announced its latest report on men and masculinity in the globalizing era of Vietnam, showing that a large number of men in the Southeast Asian nation are freighted with stress from current masculine stereotypes.

According to Dr. Khuat Thu Hong, director of ISDS, the overall progress on gender equality in Vietnam would be one-sided without a shift in approaches that place men in the center.

It is usually considered – in Vietnam as well as many other territories in the world – that women are the demographic in distress, while men are the privileged ones.

As a result, most funding and researches are channeled into exploring gender issues from a women-centered perspective.

For the same reason, ISDS faces difficulty in finding funds for the research, which addresses manhood and masculinity in a gender-based approach, Hong revealed.

As men and women are inextricably linked, progress on women empowerment and equality would not be complete without a comprehensive understanding of manhood, the ISDS director reasoned.

Social changes in regard to men, however, are nominally seen when compared to their female counterparts.

It was out of this scenario that the report emerged.

It was financially backed by the National Foundation for Science and Technology Development (NAFOSTED) and Investing in Women -- an initiative of the Australian government.

The study was implemented on a sample size of 2,567 men aged 16-64, as well as a number of women in Hanoi, Ho Chi Minh City, Khanh Hoa Province, and Hoa Binh Province.

Findings from the study came as a surprise to many, including the researchers.

Firstly, the majority of Vietnamese men still hold traditional perception when it comes to women in the contemporary society: a wife must take care of the family and uphold her motherhood and wifehood as priorities.

It is also deemed by men that women are less capable of working under pressure.

Most assert that they must excel and be competent. They also expect the society to be always more tolerant toward them in any circumstances.

The findings consolidate a notion that changes among men are not as prevalent as they are witnessed among women.

Furthermore, the research indicates an immense burden that masculine norms exacted on Vietnamese men. They are infatuated with being the mainstay of the family, which puts pressure on men to appear tough on all counts in front of women.

As suggested by the report, over 97 percent of men agree that it is their role to be the protector for their women, both physically and mentally. Those who fail to assume the position is likely to be distraught and deemed as failures.

Of the interviewees, 83 percent concurred that financial issues are the most prominent among pressures that they face, which is unsurprising as the need for material things is only rising in a highly commercialized milieu of contemporary Vietnam.

“About 20-30 years ago, a motorbike would be enough, but it has to be a car now, a good one even. Children should be studying at expensive facilities or studying abroad. These pressures are inflicted upon men, forcing them to be more arduous,” Hong said.

ISDS’s work also painted the picture of a 'true man' as perceived by Vietnamese men. This notion of a true man fits completely with Vietnamese’s traditional stereotypes of men, the report denoted.

A true man prioritizes his career, values education and degrees, strives to become a member of the Communist Party and have a high position in the government, occupies a highly-skilled job, and tries to become a leader and the decision-maker.

In terms of capability and personality, the true man has a strong body, is competent in using modern technology, has wide social networks, has a strong and decisive mannerism, dares to take risks and challenges, is mentally strong and does not show weakness, and knows how to drink alcohol well.

In regard to sexuality, the true man has a strong sexual ability, has rich sexual experiences, and is always the one who initiates and leads in sexual activities.

On family duties, the true man is married and having children, is the family’s pillar who earns enough to provide for his wife and children, and is responsible for ancestor worship.

Hence, a true man is a version of the hegemonic masculinity in the contemporary Vietnamese society.

These findings appear interesting and important both academically and pragmatically as they raise in-depth questions for future studies on men and masculinity in Vietnam.

The traditional norms of a true man need to be changed to free men from the bounds that are placing a burden on them and putting up barriers to the advancement of women and gender equality, the report concluded.

The way out for masculinity

Considering the situation, it is pivotal that a solution to untangle the mental load for men in Vietnamese society should be addressed.

According to Hong, promoting mindfulness toward social stereotypes among men should be the first step to a solution.

“It can be seen that women are shouldering more financial burdens alongside their husbands, but many people interviewed are still obsessed with being ‘the breadwinner of the family’,” Hong said.

“Many women are proving their worth [in the society], some are making more than their men, but this only makes the husband insecure or embarrassed at losing face. On the flip side, women have no issue when they earn less than their husbands."

Hong suggested that men should allow more headspace to share the familial burden with their wives.

“The most important thing is both people [in a marriage] should check on each other to nurture mutual understanding and compassion. Men need to be taken care of as well: they need their wives as their emotional crutch to overcome the hardships of life.” 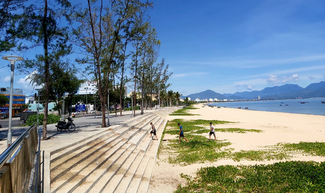