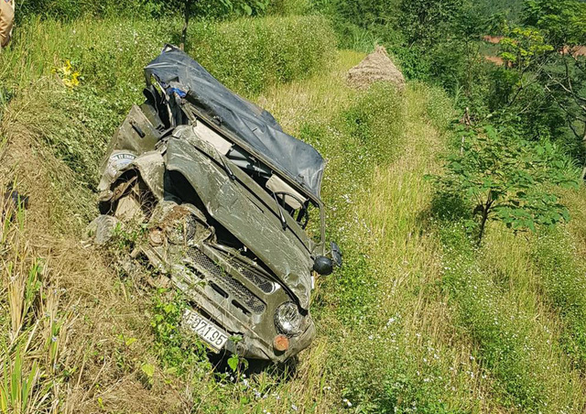 The accident happened at around 10:30 am on Sunday in Ban Mo Village, Dong Van Town when the off-road vehicle numbered 23A-071.95 was transporting one driver and six tourists hailing from the central Vietnamese city of Da Nang.

While on a winding road with a great slope going down to the Nho Que River, the vehicle suddenly fell off of the cliff.

Informed of the incident, the traffic police division under the Ministry of Public Security sent a task force to the scene to coordinate with police in Ha Giang Province to rush the victims to the General Hospital of Dong Van District for emergency treatment and to handle and investigate the case.

Their driver, Qua, who is a local in Dong Van Town, suffered from serious injuries and had to undergo surgery.

Police officers are still investigating the cause of the accident.

They also sampled the driver’s blood to test for alcohol and drugs.